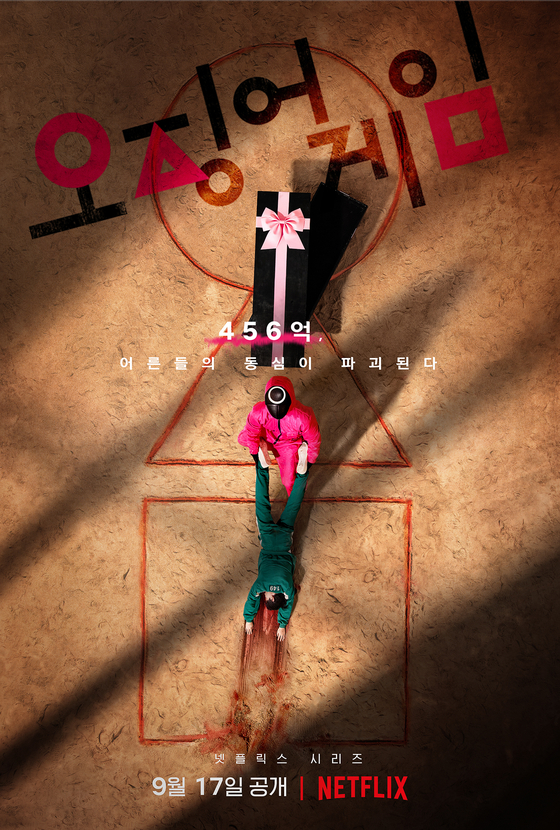 
In “Squid Game,” everyone dies except one participant who takes home a pile of cash. Companies connected to the hit Netflix series also seem to be winning big.

Gangnam’s Bucket Studio is one winner.

Bucket Studio is not directly related to the Netflix series, but has been categorized as a related stock as it owns 15 percent of Artist Company, the management company for Lee Jung-jae, lead actor in the drama.

Showbox is also an indirect beneficiary of the smash hit drama series. Shares of the distributor soared as it has made a number of investments into Siren Pictures, the drama's producer.

A spokeswoman from Showbox on Monday confirmed on phone that investments were made in Siren Pictures in the past to fund content development, however those investments were not in any way related to the production of the "Squid Game." She also said the investment was not intended to acquire equity of Siren Pictures, which according to its latest corporate filing, in 2017, is 100 percent owned by CEO Kim Ji-yeon.

"Not only Disney+ but other OTTs like Apple TV+ and HBO Max will try to enter the Korean market and secure Korean original content," Oh Tae-wan, an analyst from Korea Investment & Securities, wrote in a report Monday. "An increase in production margins as Korean content goes global and competition between OTT platforms heats up will ultimately benefit Korean drama producers."

K-productions are riding high on studios that have them covered, start to finish