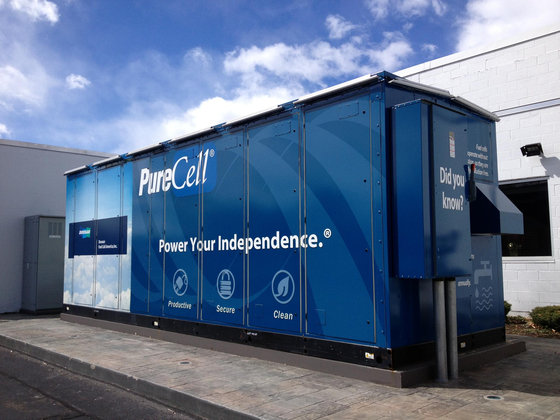 It will be the first hydrogen fuel cell exports since Doosan Group went into the business in 2014.

Hydrogen fuel cells use the chemical energy of hydrogen to produce electricity.

The cells will be exported from its production factory in Iksan in North Jeolla.

The ceremony took place at the Iksan factory and was attended by Park Ki-young, a second vice minister of the Ministry of Trade, Industry and Energy, and the company's CEO Yoo Soo-kyung.

“The exports are the  fruition of the government’s active support to foster a hydrogen ecosystem and cooperation with partners, including Destin Power that co-developed Power Conversion System, Hi Air Korea and J&L Tech,” said Yoo in a statement.