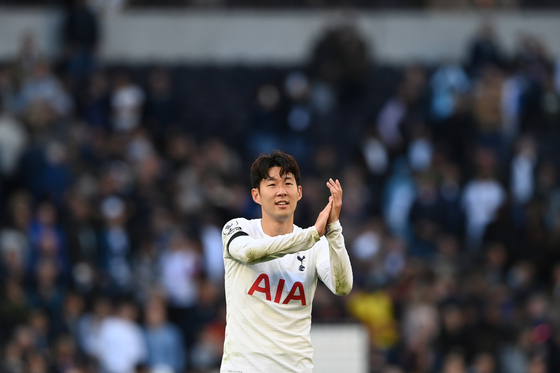 Son Heung-min reacts after a match between Tottenham Hotspur and Aston Villa in London on Sunday. [EPA/YONHAP]


Son Heung-min picked up an assist as Tottenham Hotspur beat Aston Villa 2-1 on Sunday, lighting a fire under an offense that had struggled to pick up a win since August.

Son picked up the ball at the halfway line and ran straight into the defense, handing the ball off to Pierre-Emile Hojbjerg, who beat the keeper to take the score to 1-0. Villa later equalized, before an own goal from Matt Targett put Spurs back ahead.

After facing criticism last week for his lackluster performance, Son was singled out for praise on Sunday, with pundits and the opposing manager praising the Korean striker as the player that gave Spurs the edge in the close match.