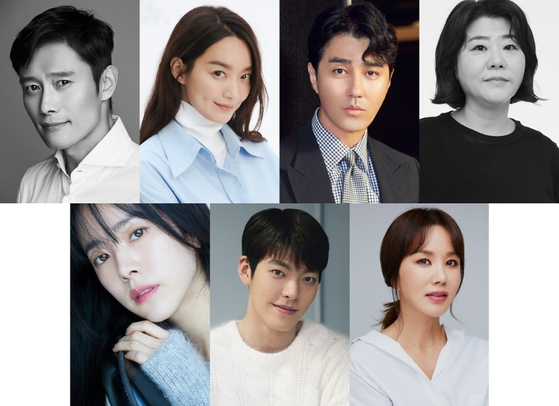 “Our Blues” is set on Jeju Island and will tell stories about various people living on the island in an omnibus format.

Lee Byung-hun will play a Jeju-born man who sells products from his truck. Shin will portray a woman who recently moved to Jeju.

Lee Jung-eun’s character is a tough fish shop owner who reunites with her first love, played by Cha, a man who moves back to Jeju after living in cities.

Han will portray a haenyeo, a diver who gathers seafood underwater, who is new in Jeju. Kim will play a pure-hearted captain of a fisherboat, and Uhm a woman who becomes tired of city life and comes back to Jeju.

The series is set to air next year, but the channel on which it will air has not been decided.