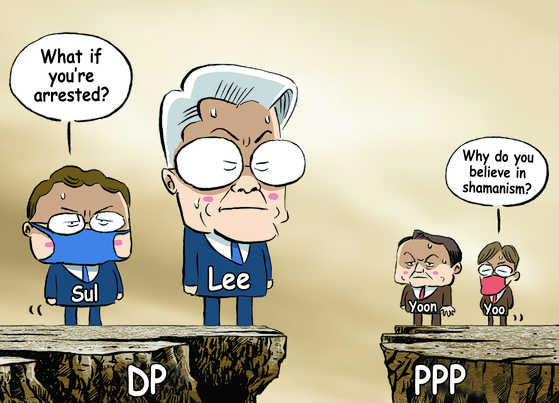 The campaigns of Gyeonggi Gov. Lee Jae-myung, the presidential frontrunner of the ruling Democratic Party (DP), and former Prosecutor General Yoon Seok-youl, a leading candidate of the opposition People Power Party (PPP), are taking a weird turn after Rep. Sul Hoon of the DP raised concerns about the possibility of Gov. Lee getting arrested for a breach of trust in a hugely lucrative land development project and after former PPP lawmaker Yoo Seung-min raised suspicions about Yoon’s allegedly following a shamanistic practice. [PARK YONG-SEOK]