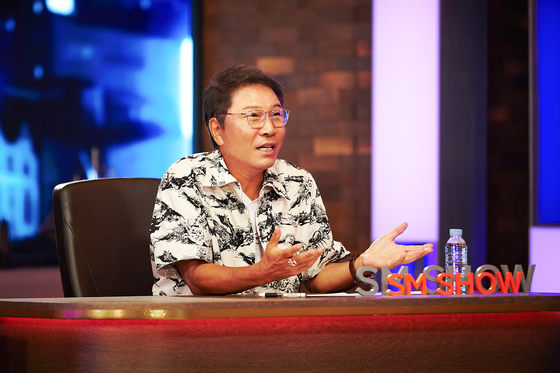 
CJ ENM is considering buying almost 20 percent of SM Entertainment, the agency responsible for a slew of K-pop groups like Red Velvet and aespa.

CJ ENM said nothing had been decided as of Friday, but admitted that it is reviewing the acquisition of SM Entertainment shares owned by Lee Soo-man, the agency's founder.

Lee owns 18.72 percent of SM Entertainment and is the largest shareholder.

According to local media reports, the shares could be worth around 600 billion won ($510 million). The calculation is based on the latest price of SM shares and a premium added for the management right of SM Entertainment.


Management rights over SM Entertainment are expected to be part of the deal.


CJ ENM runs retail and entertainment businesses including CJ OnStyle, an online shopping site. In entertainment, it runs the tvN, Mnet and OCN television channels, as well as a streaming site Tving. The company also invests in film productions, none more celebrated than the Best Picture-Oscar winner of 2019, “Parasite."

Kakao Entertainment was seen as another potential buyer of Lee’s SM shares, but it walked away, according to local media reports.

“I think it would be an appropriate decision for CJ ENM to buy Lee’s shares in SM Entertainment because it may be a strong player across various entertainment sectors from films to television shows, but it does not yet have a strong presence in the music industry,” said Park Ki-soo, a professor at Hanyang University’s culture content department.

Park added CJ ENM would be able to work with SM Entertainment's artists to take them global.

CJ ENM’s global ambitions are evident through its recent partnership with the Line messaging app.

On Oct. 18, CJ ENM’s Tving announced it would work with Line to extend its reach and build its business overseas, though no specific details of the partnership have been revealed.

In a report released Friday, Lee Hyun-ji, an analyst at Eugene Investment, raised CJ ENM’s target price by 4.3 percent to 240,000 won, saying “synergy effects are expected to be significant” if the company acquires the shares in SM Entertainment.

CJ ENM could “raise business competitiveness in fields that it is already good at,” Lee added.

A potential drawback in the deal is that SM Entertainment is starting to seem a little “old” and “lagging behind trends” compared to other entertainment agencies, Park added.