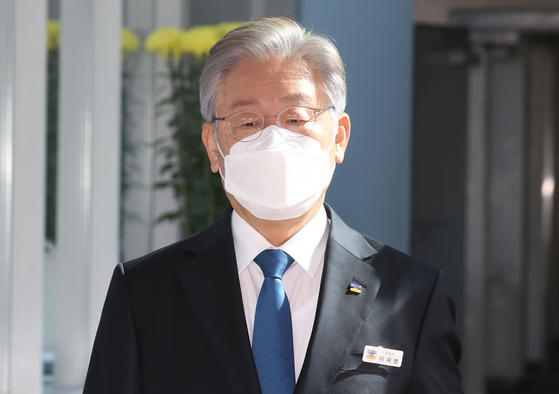 LEE KYONG-HEE
The author is the head of the Innovation Lab of the JoongAng Ilbo.

Ignoring social norms, lying, cheating, aggressiveness and irresponsibility are typical characteristics of antisocial personality disorders. Psychopaths and sociopaths suffer from such disorders. Although they are distinguished from one another, their symptoms are common.

Kang, a neuropsychiatry doctor, faced criticism for violating doctor’s ethics with the remark because she publicly diagnosed a person she had not treated. “The mental health of a presidential candidate is a public topic,” said Won to defend his wife.

When Donald Trump was serving his first year as U.S. president in 2017, 27 psychiatrists and mental health experts published a book, “The Dangerous Case of Donald Trump.” The authors analyzed the president’s mental health and its effect on society.

The American Psychiatric Association has the Goldwater Rule, which states that psychiatrists are banned from giving professional opinions about public figures whom they have not examined in person. The authors, however, argued that their duty to warn the public was more important than the Goldwater Rule, because the mental health of the president was a serious threat to the nation.

The mental health of Trump was a frequent target of Congress. In contrast, President Joe Biden faces the Republican Party’s pressures to take a cognitive test because of his old age. Mental health is easy prey in the world of politics.

A law professor, who is also a lawyer, in the U.S. published a book, “Confessions of a Sociopath,” under the pen name M.E. Thomas. The author is a talented professor and a sociopath who does not break laws. The author argued that society must stop unnecessarily treating all sociopaths as villains. The author argued that sociopaths do not feel guilt for breaking rules, but they respect them if they feel uncomfortable for breaking them or if they gain something by respecting them.

About 1 to 4 percent of the population are sociopaths. Whether they are sociopaths or people with anger issues, we have to live with them and sometimes allow them to become our leaders. Instead of relying on an individual’s ethics and morals, we must build a society where law and system function properly.