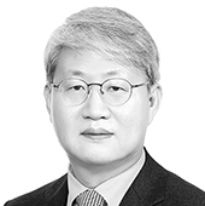 Yun Suk-myung
The author, a researcher at the Korea Institute for Health and Social Affairs, is the president of the Korean Pension Association and chairman of the pension division of the JoongAng Ilbo’s Reset Korea Campaign.


Ismo Risku, head of the planning department at the Finnish Centre for Pensions (FCP), often asks me, “How does Korea prepare for its seemingly unsustainable pension system due to its low birthrate?” In a seminar among Korean, Chinese and Japanese pension experts last year, a Japanese official also wondered, “How could Korea pay more in pensions than Japan when Koreans pay much less premiums than the Japanese?”

In a recent symposium co-hosted by the Korean Pension Association (KPA) and the FCP, Mika Vidlund, liaison manager at the FCP and a panelist, graphically described Korea as a “country that has jumped on a bullet train of fast-ageing populations.” Mikko Kautto, managing director of the FCP, expected the Finnish people to contribute 37 percent of their incomes to pensions if their birthrate was fixed at 1.0 over the long haul.

The Nordic country with its current birthrate of 1.4 does not project pension estimates based on a 1.0 birthrate. (Its birthrate had been 1.7 for a long time.) Yet Mikko calculated the figure ―— 37 percent of Finnish workers’ incomes ―— at the request of the KPA. For your information, a country can maintain its current size of population when its birthrate is 2.1.

Koreans tend to turn away from debates on pension reform citing uncertainties of the future. They also don’t trust the government’s projection of future revenues from contributions by the people. Some even criticize pension experts for exaggerating the severity of problems with the pension program.

With less than five months until the next presidential election on March 9, our voters cannot see any candidates pledge pension reforms because such promises obviously do not help them in elections. Government officials also avoid the subject for fear of massive repercussions. As a result, no group in this country pays attention to the pension program, with its snowballing debt ―of over 400 billion won ($338.6 million) a day.

Many people brush off warnings about the Civil Servants Pension and the Veterans Pension, which helped increase our national debt by more than 100 trillion won in 2020 alone. They are not worried about the National Pension Service (NPS), whose accumulated debt will reach a whopping 17 quadrillion won by 2088. They turn a blind eye to Japan’s case in which its citizens can receive their pension from the government even after a century. All the reassurances by top government officials, including the finance minister, only make us wonder more.

Government officials may think that the longer pension reforms are delayed, the longer they can receive pensions. It’s all about protecting their self-interests. The warning by the welfare minister 15 years ago about a “time bomb ticking on your head with the NPS’ debt increasing by 80 billion won a day” can be found nowhere today. They are hell bent on boosting welfare budgets for the current generation after nonchalantly transferring all burdens to the next generation. A rare official with a conscience at the finance ministry lamented the critical loss of morality throughout officialdom.

A report by the United Nations Economic and Social Commission for Asia and the Pacific (Unescap) defines unsustainable policies favored by the people as “populist policies.” At the height of populism, how can we find a way out of the quagmire? I propose presidential candidates have a televised debate with pension experts over the tough challenges Korea faces today. If they can answer pointed questions from politically neutral panelists with expertise in the field, it can help demonstrate to voters their ability to tackle those challenges.

If presidential candidates can agree to a bipartisan and independent approach to solve the overdue pension problem, that alone could be a big achievement for the future generation.