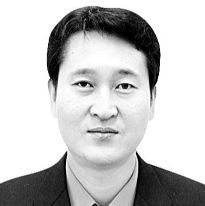 Lee Kyung-sang
The author is an executive director and head of the economic research at the Korea Chamber of Commerce and Industry.


How deeply are we contemplating on the future? We envision those who are happy now stay so while those unhappy can become happier. So are we on the right track after taking all the necessary conditions into account? Or aren’t we heading in the poor path of Japan which slipped into a never-ending slump after failing to plan for the future in self-indulgence during its peak time?

Korea has been enhancing social security through the funding from economic progress. Companies have become aware of social value and are pursuing management based on environmental, social and governance commitments. The country is aiming towards the goal of sustainable development where all members can be happy after having achieved advancement in the economy and political democracy.

The question is whether we have the national capacity, or economic capability, to reach the goal. The Korean economy is receding in the mid- to long-term. The Organization for Economic Cooperation and Development projects the Korean economy would stop growing with its potential growth rate at the zero percent range down the road due to a thinning population from its ultralow birthrate and fast ageing. Korea has moved to the major league in economic scale and must play the role of a first-mover. To achieve carbon neutrality, the manufacturing paradigm must change. The country faces multiple challenges for the goal.

It must hurry finding the solution to strengthen economic capabilities for national advancement. Various outdated legal systems must be overhauled. Korea’s legal system is based on Japanese-style regulations aimed at only allowing economic activities permitted by the law.

Although the system has become outmoded — as it was designed to accommodate technologies and market conditions as they existed decades ago — the government just fixes it with a makeshift measure. So-called “destructive innovations” have been pouring out overseas, but new ideas or innovations at home are wasted due to legal barriers, as seen in the outlawed Tada van-hailing service.

Safeguarding the existing legal system cannot be a virtue in a changing paradigm in the economy and society. As a different season requires a change in clothing, laws in a new age also require a makeover. In robotics and drones alone, a variety of regulations hamper their development. For instance, patrol robots are not allowed under the Privacy Protection Act, while door-to-door drone delivery is banned under the Post Act and delivery by autonomous vehicles are not authorized under the Road Traffic Act.

At construction sites, automated heavy equipment cannot be used due to the Construction Machinery Control Act, while the so-called “digital twin technology” cannot be applied for safety risk assessments due to the Industrial Safety Act, and the self-steered shipping is banned by the Shipping Crew Act. Even shipping frames and manhole covers cannot be made with carbon fiber, as they are stipulated to be made by iron.

That’s not all. A doctor must go through a lengthy administrative procedure to custom-make an artificial blood vessel for patients. To build a sharing residence for young singles, it should be registered as personal residence or multi-residential housing. All laws have been designed to accommodate the broad population to match the technologies and materials available in the past. The list of examples goes on and on.

Fortunately, the regulatory sandbox system has allowed for some breakthroughs. After the Korea Chamber of Commerce and Industry (KCCI) accepted private registration, it has processed 114 cases. However, since the sandbox system only allows a temporary permission to each case just like a gatekeeper opens the door to every entry based on scrutiny, it cannot be a permanent solution. It is like having our Olympic team members go through rigorous medical checkups and documental approval when other national teams have already left for the host city.

In the 1980s, the United States had to surrender its manufacturing leadership to Japan. But it has come back strong through the internet and other breathtaking innovations. Such rebounding power can define the future competitiveness of Korea. We must build an environment to bring forth aspirants in the likes of Bill Gates, Steve Jobs, and Elon Musk from our country. Through the presidential race momentum, there should be serious discussions on reforming our anachronistic legal systems to design the country’s future and ensure happiness for all community members.

Experts say North could be angling for foreign food aid