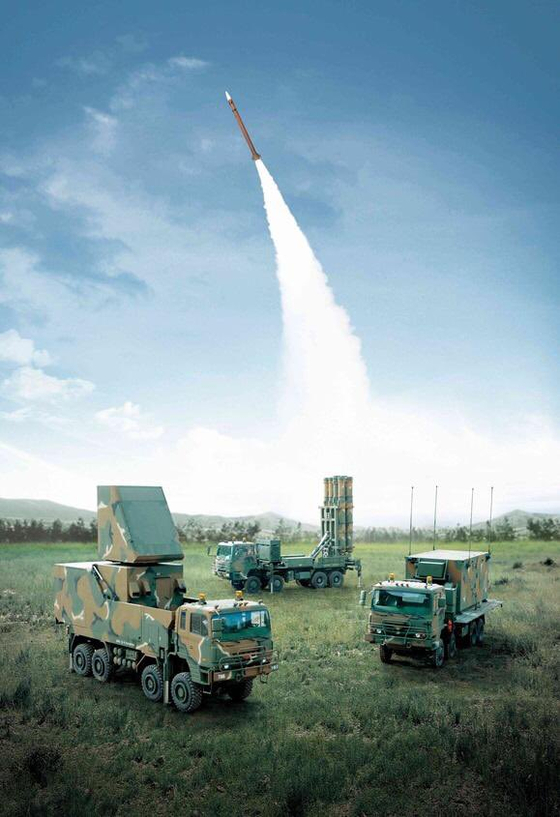 In a tweet, the UAE defense ministry called the M-SAM, developed by Korean defense company LIG-Nex1, could “constitute a qualitative addition to the capabilities of the national air defense” and that the purchase could be worth as much as $3.5 billion.

Gulf Today quoted Tariq Abdul Rahim Al Hosani, CEO of the Tawazun Economic Council, as saying that the UAE had reached “very advanced stages in negotiations with the Korean side and are close to concluding a final agreement” to acquire the Korean Air Defence System (M-SAM).

The UAE defense ministry said the two sides were close to a deal, but did not elaborate.

A purchase by the UAE would make the Middle Eastern country the first foreign buyer of the M-SAM, dubbed the Cheongung, or heavenly bow in Korean.

The deal would also be the largest single defense system export by Korea.

The M-SAM Block-2 is a medium-range surface-to-air missile system that was developed to replace Korea's MIM-23 HAWK systems.

LIG Nex1 is the main contractor for the air defense system, working in partnership with other Korean companies such as Hanwha Systems, Hanwha Defense and Kia.

A single M-SAM battery consists of a mobile multi-function radar made by Hanwha Systems, a command post vehicle made by Kia and Hanwha Defense, and usually four launchers, each carrying eight vertically launched missiles in canisters.

The first M-SAM system entered service with the Korean military in 2015. The M-SAM Block-2, an upgraded version, features improved maneuverability with a “hit-to-kill” capability against ballistic missiles.

LIG Nex1 began mass producing M-SAM Block-2 in 2018 after five years of development and delivered the system to the Korean military in November 2020.

It passed its final acceptance tests against both aircraft and ballistic targets in July and August in accordance with standards set by Korea's state arms procurement agency, the Defense Acquisition Program Administration (DAPA).

The system is designed to intercept targets at a range of 40 kilometers and an altitude of up to 15 kilometers.

The possible sale of the M-SAM Block-2 comes as Seoul aims to make arms a major export industry, in addition to defending the country from a nuclear-armed North Korea.

In a meeting to discuss ways to promote the defense industry in September, President Moon Jae-in said the government plans to cut red tape and provide domestic defense manufacturers with state subsidies and diplomatic support.

During a speech at the Seoul Defense and Aerospace Exhibition in October, Moon said the country was catching up fast with advanced nations in the global defense market and should seek to become a defense industry leader.