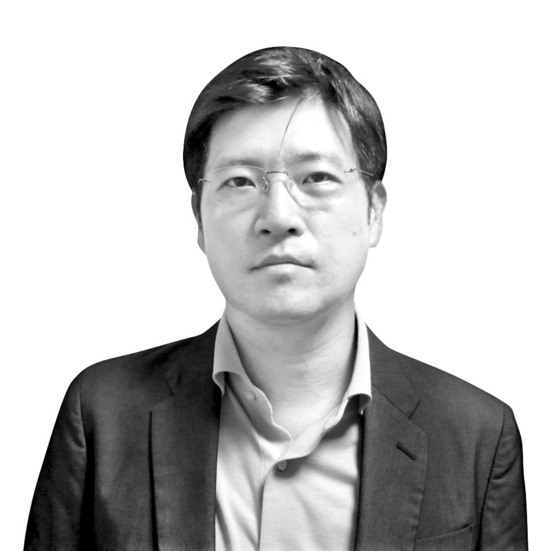 The author is national news editor of the JoongAng Ilbo.


The presidential race has started off ugly. It’s already fast and furious. A tight race between Lee Jae-myung of the ruling Democratic Party (DP) and Yoon Seok-youl of the opposition People Power Party (PPP) promises to get tighter and uglier.

It’s no surprise the contest came down to Lee and Yoon. Both are political novices without any experience in lawmaking. Yet no candidates in the past have been so disagreeable. Each abhors the other. The strong characters of the two have fanned hostility to each other. The contest has been divided into extremes. Therefore, winning over the centrists will be crucial. People in their 20s and 30s, who like neither of the candidate, are also up for grabs.

The DP must convince the moderates and young voters to not join voters favoring a change in the ruling power while the PPP must press on with its slogan to replace the existing power. Rep. Hong Joon-pyo, who lost the primary to Yoon, said the race is turning into an ugly battle as the loser could be headed for prison. He called the race a “dog fight in the mud,” as graphically demonstrated in “Squid Game.”

Negative campaigning is the key to winning such a contest. Both candidates are rich in personal flaws. Rumors abound about themselves and their families — a good recipe for negative campaigning. Each front relentlessly attacks the other. The anonymous accusations are vicious and sensational. Some of them, if found true, are powerful enough to make either or both drop out of the race.

Violent speculations about the candidates and their families spread fast across social media. Lee had to disclose the taped record of his calling the police about his wife’s injury from a fall in the middle of the night. Lee’s camp must fight with “fake news” each day. Yoon’s campaign is hardly safe either. An alley painting that parodied his young wife was just the tip of the iceberg. His appearance without his wife at a baseball match triggered a wave of speculation. Lies and disinformation are spears in this bullfight, both online and offline. 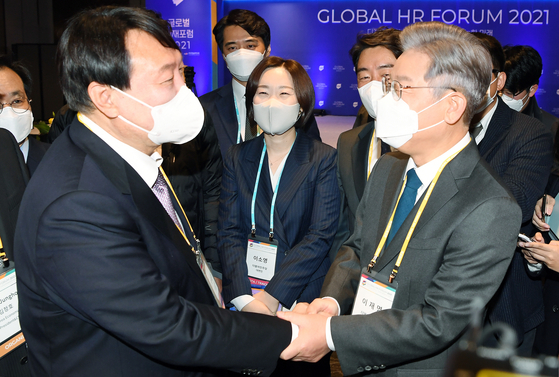 Swept up in the ever-deepening mud flight, the candidates and party leadership have all lost any sense of dignity or civility. Yoon accused Lee of being the core of the Daejang-dong land development scandal and vowed to send the owners of Hwacheon Daeyu — an asset management company at the center of the scandal — to prison. In the meantime, Lee brought up allegations against Yoon, his wife and mother-in-law. The PPP chairman declared a tit-for-tat for injuring his party candidate’s family. The ugly soap opera is bound to turn dirtier.

The dignity of a presidential race has been an early victim. The campaign evolves around the warning that the country is doomed if the other candidate wins — instead of pitching how one will change the nation. There is no room for a policy contest. The only debate so far is on the real estate ownership tax. Each campaign’s sole strategy is to make the other look worse. Instead of competing with visions, they wrangle over the flaws of the other. The vote has narrowed down to who is less disagreeable.

The fifth game in “Squid Game” involved stepping on glass. Players have to choose between normal glass or tempered glass 18 times to cross two parallel bridges. They are not given any hints to tell the difference. The presidential race resembles that game. It is filled with slanderous information and lacks substance in policies and visions. It is hard to tell what the next five years would be like under either of these candidates. It is also difficult to judge which glass plate is weaker — or if both of them are weak.

Still, one must choose. We may have to cross our fingers and hope we’re walking on the safe glass. The winner of the presidential race is given almighty power. Whoever wins will command enormous power regardless of disapproval ratings of over 60 percent. The one with the power will survive, while the other can die.

In four months, the country will elect its president for the next five years. There are growing calls for less powers to be given to the commander in chief. A survey conducted by the JoongAng Ilbo and Korea Research in late September and early October showed that more than half of the people backed a presidential system with a divided role between the president and prime minister. Only 15 percent approved of the current presidential system based on a mighty head of state.

Many worry about leaving the country’s fate to a risky game of glass stepping. One centrist said he would vote for a candidate who would be less damaging to the country. This election is truly a sad one.