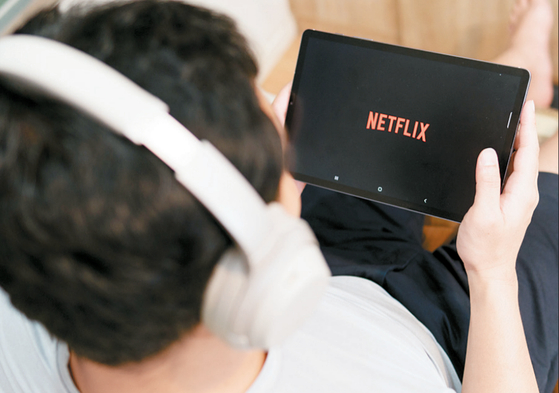 Lee Ji-hae, 22, did not subscribe to Netflix before the Covid-19 pandemic, but that quickly changed as the virus spread and social distancing became the new norm.

“I wanted to make a new hobby that I can do at home because I had a lot of time because of the pandemic,” said Lee, a sophomore at Yeungnam University in Gyeongsan, North Gyeongsang.

“Before the spread of Covid-19, I wasn’t interested in cooking. I decided to take this opportunity to learn to cook. I researched cooking shows on Netflix, and then I found the right program for me, ‘Nadiya’s Time to Eat’.

“At first I just watched it for fun. But when I saw the chef use kimchi as an ingredient, I started to try and copy the dishes. It was more delicious than I expected and as simple and easy as the name suggested. I became interested in cooking and I began cooking for my family and friends. It was rewarding to see them eat my food.”

As the Covid-19 pandemic drags on, the number of Korean subscribers to Netflix is surging, and many people say their new favorite pastime has changed their daily lives.

Streaming services such as Netflix, Watcha and Wavve have become more popular due to the pandemic. According to Nielsen Korea, the number of Netflix users in the country increased by 64.2 percent, about 10 million people, from January 2020 to November 2020.

Some people who were interviewed by the Korea JoongAng Daily said that they were drawn to Netflix during the pandemic while searching for a hobby they could do indoors. One of the biggest benefits of subscribing, several stressed, is access to high-quality content across various genres.

“I usually spend seven hours a day on Netflix,” said Choi Min-young, 21, a college sophomore in Daegu. “Because I watch Netflix every night and every day, my eyesight has deteriorated and I had to buy new glasses. I also gained 5 kilograms (11 pounds) because I’m always lying down.”

Lee Ji-won, 22, another university student in Daegu, said she’s learned to meditate thanks to Netflix.

“I enjoyed going out before, but these days, I can’t go out due to the coronavirus. Due to this situation, I felt so blue and lethargic,” said Lee Jiwon. “But then, I found a meditation program called ‘Headspace Guide to Meditation’ on Netflix. I watched and practiced this video every morning and night. As I meditated, my depression disappeared and I was able to start the day energetically.”

Lee Min-ha, 20, a freshman at Sunkyunkwan University in Seoul, said Netflix has even inspired her to make some money. It all began when she tuned in to “Her Private Life,” a 2019 Korean drama.

“There was a scene where the female protagonist photoshopped a picture of a celebrity she was a fan of,” said Lee Min-ha. It looked fun, so she tried it herself. Then she started making stickers and selling them to fans.

“Making a sticker and selling it is such a productive hobby,” said Lee Min-ha. “It could be a new culture during the pandemic.”