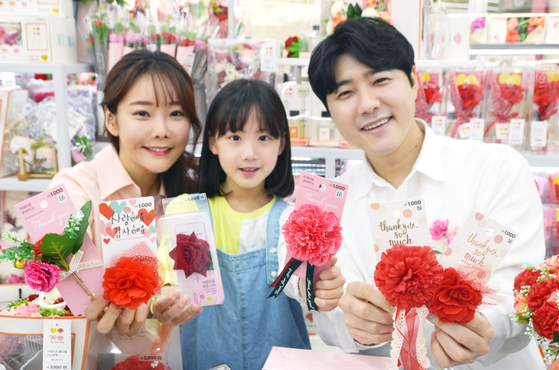 
Parents' Day is Friday, but with the coronavirus still lingering in Korea and many struggling through the pandemic's economic fallout, this year's celebration will be different for many families.

Although the government's social distancing guidelines have been sharply downgraded this week, people remain hesitant to travel over long distances. Many who live far from their parents have been unable to visit their parents since Lunar New Year in January.

A 32-year-old Busan office worker, Mr. Park, said his parents have told him not to visit them in his hometown, even though the social distancing campaign has ended.

“I regret not visiting them on the Lunar New Year holiday," Park said. "I still want to go, but my wife seems unwilling, saying that it’s a burden to take our 2-year-old daughter over a long distance."

Plans on Parents' Day differ by generation. Many young couples, including newlyweds, are willing to visit both of their parents, while families with young children are more reluctant.

A 29-year-old named Ms. Lee is planning to visit her parents for her first Parents' Day after getting married last year.

"Many seem to have returned to their daily lives, as I see a lot of people in the Han River parks, large discount stores and shopping malls," Lee said. "I’m going to visit my parents on Parents' Day,” Lee said. “They will be upset if I don't go," she added.

In contrast, Ms. Kim, in her late 30s, has two children aged 3 and 7. She is arguing with her husband over whether to visit her in-laws living in Incheon on Parents' Day. Her brother-in-law, who lives at her in-laws' house, recently had a confirmed case of the coronavirus at his workplace. Although he tested negative, Kim still feels uncomfortable taking her young children to visit.

"I think it is best to just send them money, but my husband doesn’t understand why I am afraid of visiting them," she said.

"All siblings are gathering on Parents' Day, and I'm not sure if this is okay," one user said. A reply noted, "Since I’m worried about eating out, I decided to cook and go to my in-laws."

People are sharing ideas on the internet about what they can do for their parents without making a visit, including sending flower baskets, money or grandchildren's photo albums. 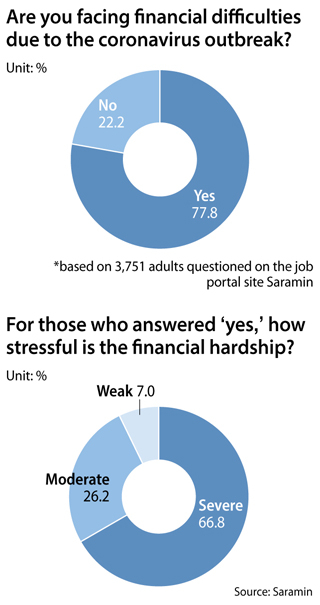 
But others have been unable to make ends meet due to the coronavirus outbreak.

Another Ms. Kim, 35, works at a travel agency and has been on unpaid leave for more than two months due to the coronavirus outbreak. She decided to reduce the amount of money she gives to her parents and in-laws, after years of giving them 500,000 won ($409) each.

“My husband's salary at an oil refinery is not cut, but we can’t give the same amount of money to our parents that we did in the past,” she said.

It will also be difficult to visit her parents at a nursing home. As nursing home residents are at particular risk for infectious diseases, the government's guideline bans visits, including from their families.

"I used to visit my mother twice a month alternately with my brother, but it's been four months since I have been able to see my mother," Ms. Choi said. "I feel so uncomfortable for not being able to see her, even on Parents' Day ... I think I'll try calling from outside the hospital to see her through the window,” she added.

There are nursing homes that came up with their own measures to relieve the anxiety of their families. A nursing home in Nonsan, South Chungcheong, is allowing non-face-to-face visits under a reservation system. Five slots are open for reservations each day between 2 p.m. and 4 p.m. The guardian makes a face-to-face call with a window between them. They disinfect the space and chairs after every visit.