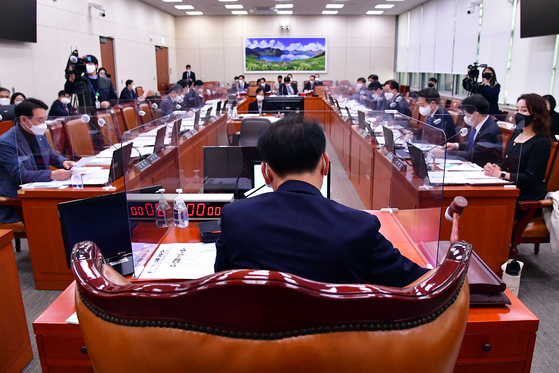 The National Assembly’s committee on foreign affairs approved the bill to ratify the Regional Comprehensive Economic Partnership (RCEP) on Wednesday.

The bill will have to be passed at the Assembly’s plenary session before the ratification is set in stone.

Given that 60 days will have to pass in order for the ratification to go into effect after it is passed at the plenary session, Korea will not be joining the 10 countries, including China, Japan, Australia and Singapore, as they launch the RCEP, the largest multilateral FTA, on Jan. 1, 2022.

The RCEP was signed by 15 countries: the Asean nations and Korea, China, Japan, Australia and New Zealand. It is not yet ratified in Korea, Indonesia, Malaysia, Myanmar or the Philippines — all of which will not be able to in on join the Jan. 1 launching.


The RCEP is the largest multilateral FTA to date, bringing together the 15 countries whose altogether GDP is about $26 trillion and population about 2.27 billion — about 30 percent of the world’s GDP and population. The FTA deals mainly with lowering tariffs for industrial and agricultural goods and protection of intellectual properties.

Critics were quick to point out that the RCEP was signed by Korea in November 2020, but the country wasted a whole year before ratifying it.

“We have data that says that the estimated costs that the local agricultural and livestock industries may have to sustain is around 7.7 billion won [$6.5 million] annually, which is much lower than the usual costs involved with FTAs,” said Cho Tae-yong, a lawmaker of the opposition People Power Party, during a meeting at the Assembly’s committee on foreign affairs on Wednesday. “Yet it took the government a year to prepare a bill to ratify the treaty.”

“Korea adhered to strict standards in internalizing the agreement, to make sure that we know exactly what we are signing and what kinds of consequences the bill will have on local industries,” said Chun Yoon-jong, head of trade negotiations at the ministry, during the committee’s meeting on Wednesday.

Korea has a bilateral FTA with all other countries of the RCEP except with Japan.