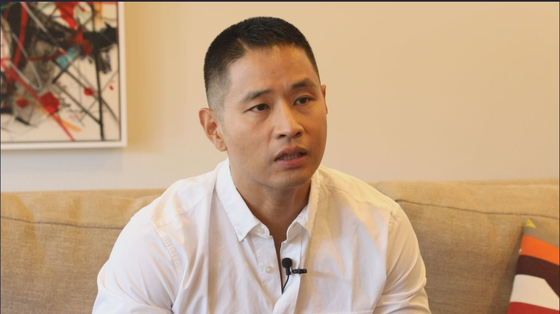 
Singer Steve Yoo, also known as Yoo Seung-jun, issued an appeal to Korea’s Foreign Minister Kang Kyung-wha to lift his entry ban, saying that it infringes on his human rights.

"Please reconsider my indefinite entry ban, and please allow me to enter the country,” Yoo wrote on his Instagram on Tuesday, addressed to Minister Kang.

Minister Kang previously announced to the parliamentary Foreign Affairs Committee on Monday that the Foreign Ministry will not issue Yoo a visa.

Yoo said he still feels very sorry for not keeping his promise to serve his military service, but stressed that his choice to file for U.S. citizenship was inevitable.

"I'm just a middle-aged man with four children who is already forgotten," he said. "I'm not a political criminal, a terrorist, or a criminal, and I'm definitely not a person who will have an adverse effect on Korea."

Yoo was one of the most popular musicians of the late 1990s and the early 2000s, but his career collapsed when he filed for U.S. citizenship in January 2002 in an apparent attempt to avoid serving his mandatory military service in Korea.

Steve Yoo's case to be heard on appeal from September 22