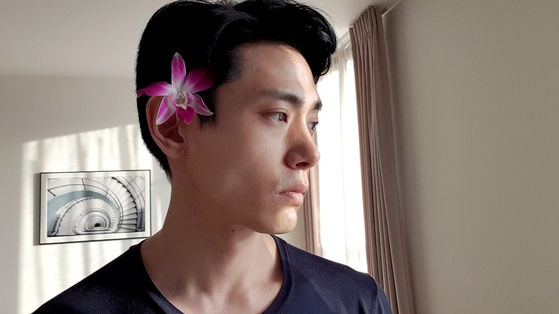 A scene from actor Yoo Teo's new documentary "Log in Belgium." Yoo filmed the footage with his phone while he was stuck in lockdown in Antwerp, Belgium in early 2020. [ATNINE FILM]


Imagine one day, you suddenly become stuck in a country where you don’t speak the language due to a sudden outbreak of a global pandemic and an ensuing lockdown.

This is what happened to actor Yoo Teo in the early spring of 2020. He was visiting Antwerp, Belgium to film for director James Payne’s series “The Window.” But while he was there, the city declared a lockdown in response to the Covid-19 pandemic, and Yoo ended up stuck in a hotel, alone for 15 days.

The local cast and crew all returned to their homes and flights back to Korea were canceled indefinitely. Restaurants shut down, and nearby grocery stores were emptied. Due to restrictions on gatherings, Yoo didn’t even have anyone to talk to.

“After about a week, all kind of thoughts started creeping up on me, like ‘What if I catch the coronavirus in this foreign country?’” said Yoo during a recent video interview with the JoongAng Ilbo, an affiliate of the Korea JoongAng Daily.

“I’m saying this now smiling, but back then I was paranoid.” 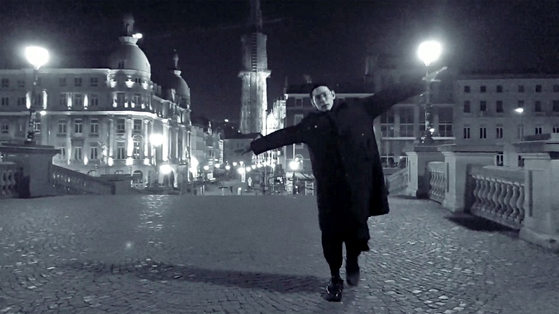 
While he was stuck indoors and thinking about the possibility that he might die, Yoo watched a documentary about Heath Ledger, the Hollywood star who passed away at the age of 28.

“Ledger was a famous actor, so after his death, a director edited an archive of footage filmed by Ledger himself to make a documentary,” Yoo said. “But I wasn’t a star like him.”

So Yoo decided to make a documentary about himself by himself. That’s how his film “Log in Belgium,” which hit local theaters on Wednesday, was created. Yoo took on the role of both director and screenwriter, of course. 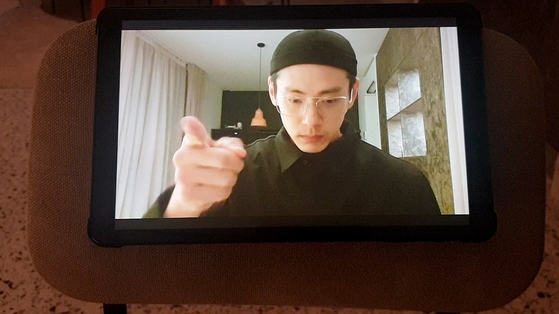 
All of the filming was done with Yoo’s phone, and the editing was done on his tablet — although a professional video editor perfected it after it was decided that it would be officially released.

Yoo plays two roles in the documentary: himself, and his “other self” whom he imagined while in lockdown.

“Log in Belgium” is Yoo’s essay looking back on his life via video instead of writing. After his acquaintance in the film industry saw Yoo’s footage, he suggested that he add clips filmed in Seoul and release it as an actual movie. Eighty hours of footage was condensed into a 65-minute film.

“I expressed my inner thoughts candidly,” he said. “I made [the film] to enjoy it 20 years later and reminisce, ‘That’s what I was thinking at the time.’ I’m just glad that other people are giving positive reviews too.” 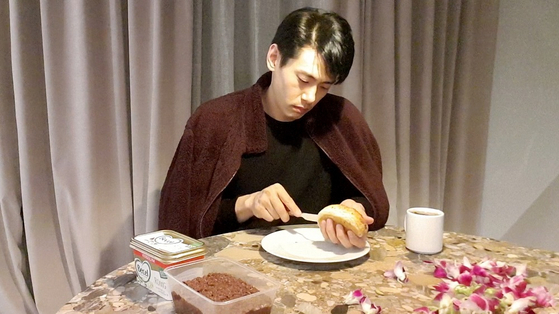 During his total isolation in lockdown, Yoo Teo the human being shows his true self as a man who loves flowers, cooking and art. [ATNINE FILM]


During total isolation in lockdown, Yoo reveals his love for flowers, cooking and art. The film is filled with his passions.

Yoo was born and raised in Germany. He followed his wife, photographer Nikki S. Lee, to Korea and started his acting career with a minor role in director E J-yong’s 2009 film “Actresses.” His breakthrough role was in the Russian movie “Leto” (2018) in which he portrayed Viktor Tsoi (1962-1990), a Soviet-era singer of Korean ancestry. “Leto” was invited to be screened at the Cannes Film Festival.

Yoo’s concerns about his career, like struggling to pronounce Korean words correctly, are depicted in “Log in Belgium.” In the film, Yoo also has conversations with his “other self” in German, English and Korean about his past, present and future ambitions. 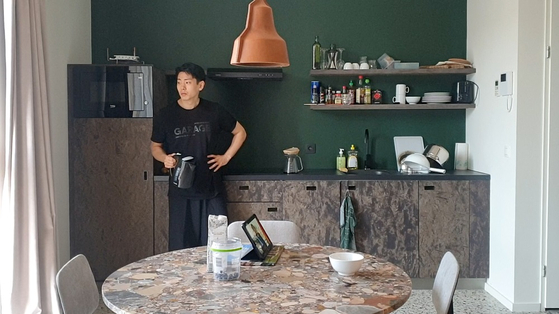 Yoo has conversations with his "other self" in "Log in Belgium." [ATNINE FILM]


There are also numerous scenes in which he pays homage to classic films, such as a scene in which Yoo, a skilled cook, makes dumplings from scratch — an homage to the 1994 Hong Kong film “Chungking Express.”

The blurred line between documentary and film was influenced by German director Werner Herzog, while the inclusion of his “other self” as a character stemmed from “a.k.a. Nikki Lee” (2006), a documentary that depicts his wife’s two different egos.

“Since I was young, movies consoled me whenever I was going through a hard time and kept me going,” Yoo said. “'Log in Belgium’ is my love letter to films.”

Yoo was recently cast as a lead role in the upcoming Hollywood film 'Past Lives,’ produced by A24, the firm behind the Oscar-winning film “Minari” (2020). 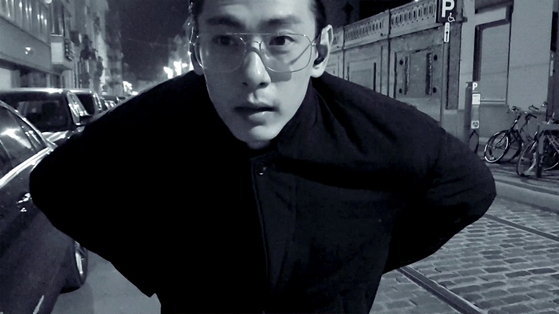 
“It took quite some time for me to become known to the public after my debut,” he said. “But I was able to slowly build up inner strength as an actor and got the opportunity to go to Hollywood and represent Korea. It was not easy being an actor in Korea as someone who grew up overseas. But nowadays, Korea has become a cultural leader, receiving more attention in the global market, so more people are interested in listening to my upbringing and I’m grateful for that.

“I think [my success] is about luck and fate. Just five years ago, I thought I must be destined not to succeed, but it’s interesting [how things turned out]. My wife was the only person who believed in me when no one else did, and she gave me strength. I wanted to make a good quality film that I can be proud of, so I hope people enjoy it and take away a positive message.”