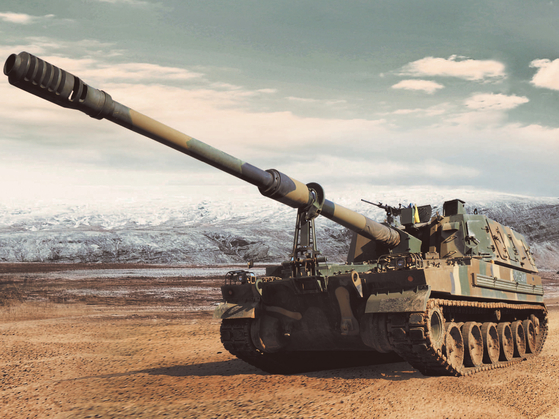 The K-9 contract is Australia’s largest defense deal with an Asian country.

The historic deal comes during a state visit to Australia by President Moon Jae-in, the first world leader to travel to the country since it introduced Covid-19 border restrictions early last year.

The K-9 Thunder was selected as the sole preferred bid for a massive artillery modernization project by the Australian Army in September last year, and the country spent the last year reviewing Hanwha’s bid.

The 155-millimeter (6.1-inch) caliber self-propelled howitzer has been a major success for Korea’s defense industry since its development by Samsung Techwin in 1999. Over 600 units have been exported around the world to countries like Norway, Poland, Estonia, Finland, India and Turkey.

Australia is the seventh country to introduce the K-9. Egypt is also in talks with Korea to import the howitzer, which Hanwha Defense announced during the Egypt Defense Expo (EDEX) held in Cairo on Nov. 30.

The 46.3-ton K-9 has a standard ammunition range of 18 kilometers (11.2 miles), which can be extended to 30 kilometers through rocket assisted projectiles and to 40.6 kilometers using advanced base-bleed ammunition.

The K-10, which Australia will also acquire under the deal, serves as a robotically automated vehicle used to resupply ammunition to the K-9, capable of firing 104 rounds per trip. Australia is the second country to import the K-10, after Norway.

The Australian contract marks a comeback for Hanwha Defense after the K-9 was chosen in 2010 as the sole bidder for Australia’s Land 17 artillery replacement program, which Canberra scrapped due to a lack of funds.

However, the rising military threat from China renewed the impetus for the country to modernize its defense systems, as outlined in the Australian Defense Ministry’s July 2020 defense white paper.

Under the plan, Australia plans to spend 270 billion Australian dollars ($197 billion) over the next ten years to beef up its military. The artillery procurement project, called Protected Mobile Fires, is designed to enhance the firepower of the Australian Army.

During the bidding process, Hanwha committed to build the K-9 self-propelled howitzers and  K-10 armored ammunition resupply vehicles in Geelong in the southern Australian state of Victoria.

The defense company will also create an Armored Vehicle Centre of Excellence in the Geelong area, which the Australian government believes will create at least 300 jobs.

Before the signing ceremony for the K-9 deal, which was held in Canberra during President Moon’s visit, Korea’s state defense procurement agency, the Defense Program Acquisition Administration (DAPA), and the CASG also signed a memorandum of understanding (MOU) to expand ties in the arms procurement sector.

“Through the MOU and the K-9 howitzer export deal, both countries also agreed to promote the collaboration of different weapons systems based on the interoperability of the howitzers,” DAPA Chief Kang Eun-ho said in a statement.