DSME fined by FTC for taking technology from contractors

DSME fined by FTC for taking technology from contractors 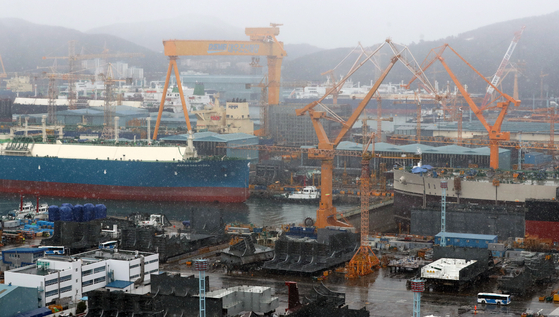 The Fair Trade Commission (FTC) on Wednesday fined Daewoo Shipbuilding and Marine Engineering (DSME) 652 million won ($567,000) for using technological information created by contractors without approval, including passing information to another contractor to create a replica.

The information that the shipbuilder used without the consent of the original creator included a lighting-system design.

A similar offense was committed almost a year later.

The shipbuilder blamed the offense on the changing of contractors at the request of a client.

DSME was found to have required all of its contractors to submit data on their technology before supplying products.

The shipbuilder did not provide proper documentation in making the request, including confidentiality agreement and terms including compensation for using the information. Under the law, this documentation has to be provided to the contractor before a company receives designs or technology from the contracts.

The FTC said DSME received a total of 365 data items from 35 contractors between January 2016 and December 2018 without the proper documentation.

The shipbuilder provided proper documentation requests for 252 data items from 57 contractors after they received the technology information.

The FTC stressed that information from contractors, including technology and knowledge, is uniquely their own.

It added that the acts committed by DSME are attempts to free ride on the achievements of SMEs and thus should be regulated.