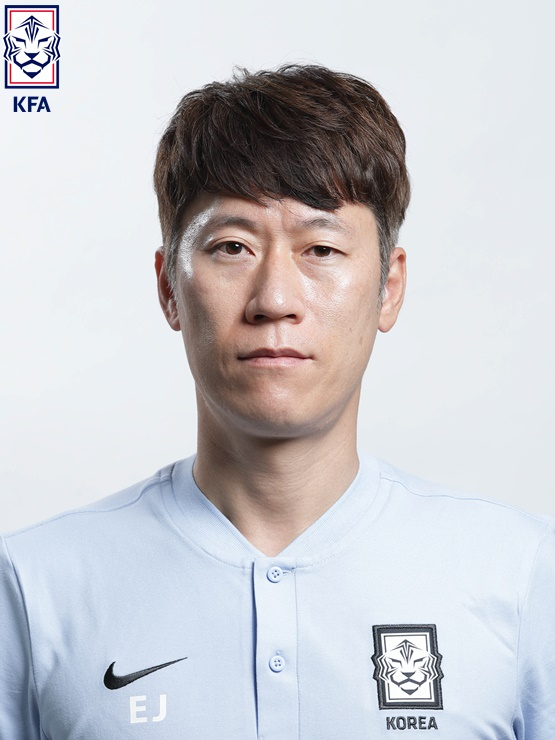 
Kim Eun-joong was appointed as the head coach of the men's U-20 Korean national football team on Wednesday.

The Korea Football Association announced Wednesday Kim was appointed as head coach of the U-20 national team from January 2022 to the 2023 U-20 World Cup finals, assuming Kim is able to coach the team to the finals.

Kim started his playing career with Daejeon Citizen in 1997. In 2004 he moved to FC Seoul, where he played for five years.

After playing in China briefly, Kim returned to the K league, playing for Jeju United for two years then at Gangwon FC for another two years. In his second year with Gangwon, he was loaned to the Pohang Steelers.

After playing his last year with Daejeon in 2014, he started his career as a playing coach with the club. In 2015, he joined Belgain Club Royale Union Tubize-Braine as a coach, staying until 2017, when he returned to Korea as a member of the U-23 national team coaching staff.

Kim was part of the U-23 coaching staff at the Jakarta Palembang 2018 Asian Games, where Korea took gold, earning top footballers like Son Heung-min and Hwang Ui-jo a military exemption.

He also led the U-23 team to win the 2019 Asian Football Confederation U-23 Championship alongside head coach Kim Hak-bum. Just this August at the Tokyo Olympics, Kim Eun-joong was part of the coaching staff as the team made it to the quarterfinals.

“I am grateful for the opportunity,” said Kim Eun-joong. “I think that the U-20 team coach position is one of the positions that represents Korean football. The U-20 team’s job is to bring results but also to foster players. I want to achieve both goals of performing well as a team as well as the individual growth of players. I want to create a competitive team that can play on the world stage.”

“I have experience organizing a squad during my four years with the U-23 team. Though there isn’t much time, my first job is to create a good team with good players.”

Kim is currently in the process of earning a professional coaching diploma, the highest level of coaching accreditation issued by the Asian Football Confederation (AFC), which is also a prerequisite to coach a national team.