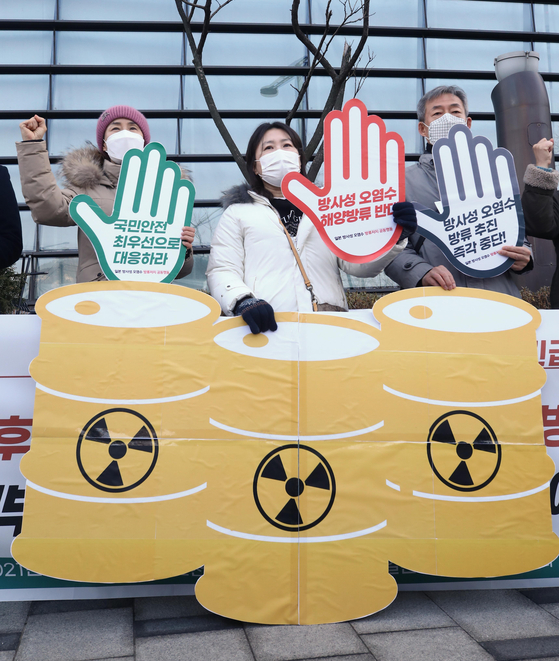 Civic group members protest against Japan's plan to discharge contaminated water from the defunct Fukushima nuclear power plant, in front of the Japanese Embassy in Jongno District, central Seoul, on Thursday. Tokyo Electric Power on Tuesday filed for approval for its plan to Japan's Nuclear Regulation Authority, and the participants urged the government to more strongly oppose the discharge. [YONHAP]