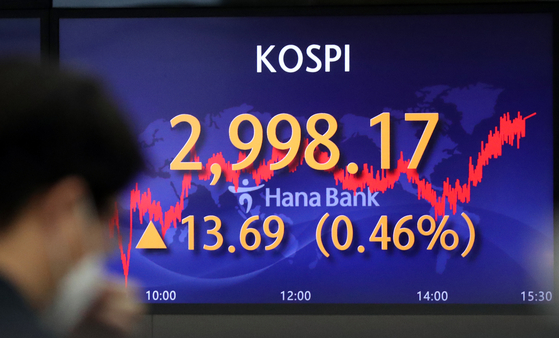 
The stock market extended its winning streak to a third session Thursday, buoyed by advances by tech and auto issues. The won rose against the dollar.

Trading volume was moderate at about 476 million shares worth some 9.2 trillion won ($7.7 billion), with gainers outnumbering losers 477 to 358.

The local currency closed at 1,187.9 won against the dollar, down 4.1 won from the previous session's close.