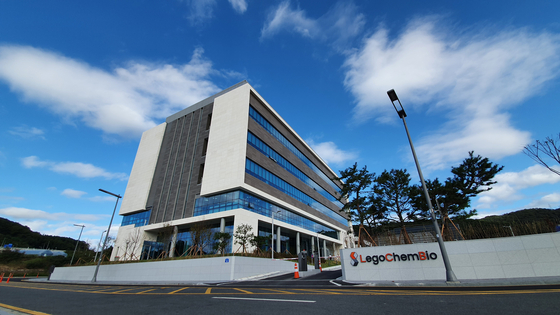 Under the terms of the agreement, the ADC developer gets exclusive rights to develop and market LCB14 in most countries, while LegoChem maintains the rights in China and Korea. The candidate is currently in Phase 1 clinical trials in China.

ADCs are targeted therapies that treat cancer. The treatment differs from chemotherapy by sparing healthy cells in the treated areas and has been touted as a next-level technology in cancer treatment.

The size of the deal is potentially 1.12 trillion won ($944.3 million), including a $50 million upfront payment. LegoChem Biosciences will receive additional royalties based on the drug's future sales.

Iksuda, which is based in Newcastle upon Tyne, Britain, plans to conduct more clinical trials in the United States, and LegoChem will also participate in the process.

"In terms of developing ADC, Iksuda Therapeutics is the best partner," said Cho Young-lag, chief development officer at LegoChem Biosciences, in Monday's release. "Through the joint trials, LegoChem will accept the know-how from Iksuda to strengthen our own capability to develop ADCs."

Established in 2006, LegoChem Biosciences has signed more than 11 ADC technology deals, worth around 5 trillion won in total.