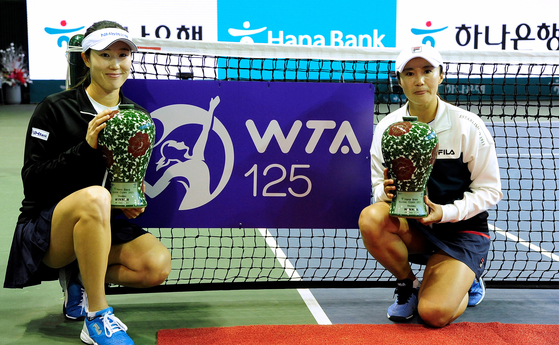 Choi Ji-hee, left, and Han Na-lae pose for a picture after receiving the women's doubles trophies at the Hana Bank Korea Open at Olympic Park in southern Seoul on Sunday after beating Valentini Grammatikopoulou of Greece and Reka Luca Jani of Hungary in two straight sets in the final. [YONHAP]