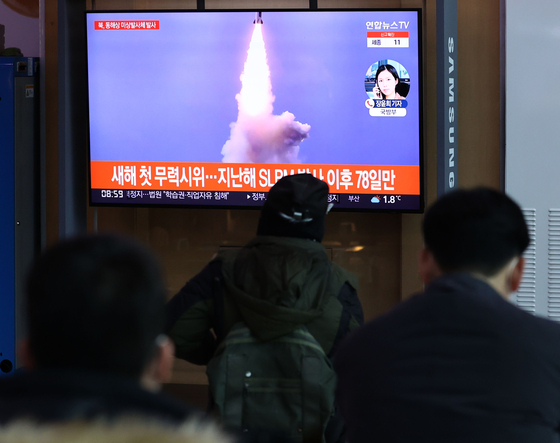 
North Korea launched a possible ballistic missile into waters east of the Korean Peninsula early on Wednesday morning in the first such test in the New Year.

According to the South Korean Joint Chiefs of Staff (JCS), the North fired what is suspected to be a single ballistic missile.

The launch was also reported by the Japanese Coast Guard.

The launch of the possible ballistic missiles comes 78 days after the North last conducted a missile test.

At a plenary meeting of the Central Committee of the country’s ruling Workers' Party last week, North Korean leader Kim Jong-un vowed to continue building up his regime’s weapons capabilities.

Despite self-enforced isolation due to the ongoing Covid-19 pandemic and international sanctions tied to its nuclear weapons and ballistic missile program, Pyongyang has pressed on with expanding its arsenal of weapons delivery systems over the past year.

In 2021, the nuclear-armed regime tested not only a new SLBM, but also a long-range cruise missile, a train-launched ballistic missile unit and a hypersonic missile.

The 1950-53 Korean War ended with an armistice agreement signed by the U.S.-led UN Command, North Korea and China on July 27, 1953, bringing about a ceasefire until a final peaceful settlement was achieved.

The two Koreas remain in a technical state of war.