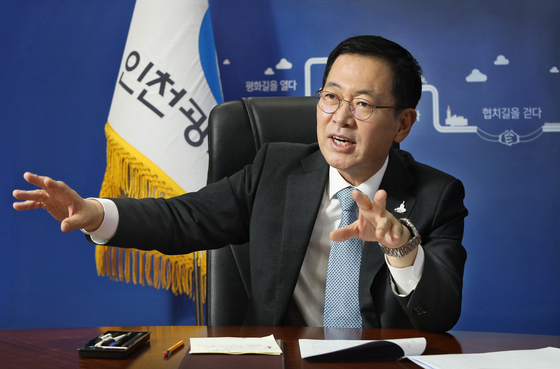 Park Nam-choon, mayor of Incheon, speaks during an interview with the Korea JoongAng Daily at Incheon City Hall on Dec. 20. [PARK SANG-MOON]


The Covid-19 pandemic has put cities around the world in lockdown, but for the port city of Incheon, the pandemic opened up a window of opportunity to become the Asian hub for the bio industry.


Bordering Seoul, Incheon is known as the gateway to Korea thanks to the state-of-the-art Incheon International Airport and the nation's second-largest seaport, Incheon Port.

In his final five months in office, Incheon Mayor Park Nam-choon is determined to propel Incheon onto the global stage and make it an Asian hub for a variety of industries.

The global business district Songdo has established itself as a cluster of top biotech companies Celltrion and Samsung BioLogics; Cheongna is becoming the center of the so-called hydrogen industry; and Incheon International Airport’s home Yeongjong Island is looking to become a maintenance, repair and operation (MRO) industry hub, as well as becoming Korea’s own Las Vegas with resorts and casinos.

Dozens of major local and global pharmaceutical, next-generation energy, aviation and automobile companies are moving into the three areas — together known as the the Incheon Free Economic Zone — and making investments.

Mayor Park sat down with Cheong Chul-gun, CEO of the Korea JoongAng Daily, on Dec. 20 to talk about his three years in office and his vision for the city.


Q. It's been more than three years since you took office in July 2018. How has it gone?


A. Until now, Incheon had a stigma and was called City of Debt. With many business projects launched at the same time, its debt ratio went up to 40 percent, and the city almost got designated a local government facing financial crisis. The debt ratio stood at 21.6 percent, when I took office, and is now down to 13 to 14 percent. That's how much stronger [the city's finances] have become. We were able to implement a daily recovery subsidy providing lump-sum payments of 100,000 won to our residents without incurring any debt. Along with strengthening our finances, there have been many achievements in attracting next-generation industries, which I’m proud of. 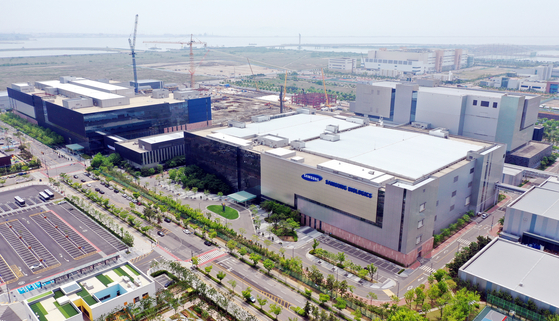 Biotechnology, hydrogen, and MRO are considered industries for Incheon's future. What is your vision?

We set an agenda for Songdo to become an area for biotechnology, Cheongna for hydrogen, and Yeongjong for MRO.

The biotech cluster in Songdo is Korea’s leader in the industry. It is home to more than 30 leading biotech companies, including Celltrion and Samsung Biologics, and they are constantly increasing their investment. As a result, Incheon has developed itself into the city with the largest biopharmaceutical production volume in the world since 2018.

To lead the way, top global biotech companies like Sartorius from Germany and Cytiva from the United States that have been our partners have made investments to build manufacturing facilities for equipment and materials in Songdo. When it comes to biotech, I can say that Songdo is establishing an ecosystem that can compete with Boston.

But the biotech sector relies heavily on foreign imports for its raw and subsidiary materials. So when pharmaceutical companies ask for our land, we cannot just give it away, so we ask for their contribution — whether it is a fund or technology guidance — to promote localization of suppliers.

In line with the government’s investment goal to become a global vaccine hub [...] Incheon plans to invest a total project cost of 4 billion won, including 2.8 billion won in state funds, by the end of this year to build training equipment to train 120 vaccine professionals. Already we have planned to establish a K-Bio Lab Hub — a specialized support organization for start-ups in Songdo's biotech cluster — and the Korean National Institute for Bioprocessing Research and Training Center (NIBRT) in cooperation with more than 10 colleges and 11 research institutes to lay a foundation for fostering bio-experts. To promote localization of bio raw materials, with the Incheon Chamber of Commerce and Industry, we have selected 30 priority items that can be localized, and are providing consultation and support for small and medium-sized enterprises in the city. 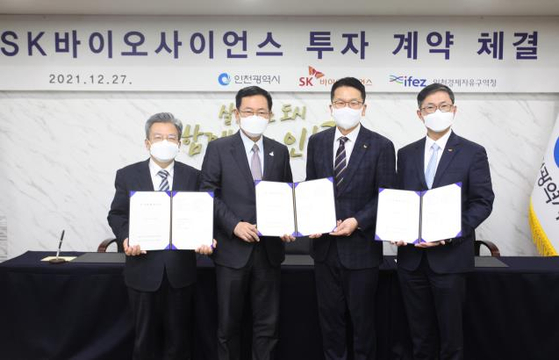 
My ultimate goal is not only nurturing our own manpower, but also from elsewhere in Asia, as interest in biotechnology is high on the continent. Since we are equipped with an airport with good infrastructure, Incheon can play a role in [training] those who wish to be taught.

As for the hydrogen technology cluster in Cheongna, SK E&S kicked off a project to build a hydrogen liquefaction plant with an annual capacity of 30,000 tons by 2023. Hyundai Motor Group’s Hyundai Mobis invested 1 trillion won in a new plant that will produce hydrogen fuel cell stacks, which are an essential component in producing electricity from hydrogen.

In addition, BMW Korea recently signed a memorandum of understanding with us to build the BMW research and development (R&D) Center Korea in Cheongna to advance autonomous driving in the automobile sector. 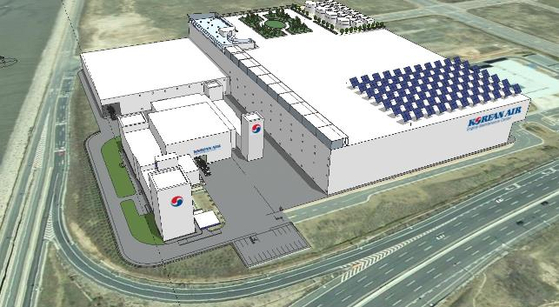 
And if Korea’s two full-service carriers Korean Air Lines Co. and Asiana Airlines Inc. merge, the engine maintenance facility in Bucheon will not be sufficient, so I heard it has been decided by the board of directors to transfer all engine maintenance to Yeongjong. I believe Yeongjong Island will develop into a center for the aviation industry as its capabilities — ranging from aircraft modification to maintenance — is established.

Having the world’s top airport in Yeongjong, we are investing not only in the aviation industry but also in constructing a resort complex. And U.S. resort operator Inspire Entertainment Resort recently finished financing needed for construction.


Recently, Incheon's achievements in attracting domestic and foreign companies in the biotech, hydrogen, and logistics sectors have drawn attention, especially to the Incheon Free Economic Zone. What do you think is the strength of Incheon?

I would say it is the airport.

We had a lot of major pharmaceutical companies coming into Incheon during the pandemic, and they frequently pointed out that procuring and delivering raw materials in a timely manner is the key to competitiveness. They say no other country can match the excellent infrastructure of Incheon International Airport, as well as Incheon port. It is also easy to hire manpower here, with Incheon being situated in the metropolitan area.

It is noteworthy that the Incheon Global Campus (IGC), which is Korea’s only joint campus with foreign universities, is located in Songdo. Having a global campus can attract investment from domestic and foreign companies for its English-speaking environment.

People have high expectations for the expansion of medical facilities in Incheon, with the Seoul Asan Hospital Consortium being selected as the preferred bidder for the Cheongna Medical Complex Town last July, following the ongoing construction of Songdo Severance Hospital since February. Can you explain the expected impact?

After selecting the preferred bidder last July, we signed a business agreement at the end of December, and the project is ongoing with the aim of constructing a general hospital in 2023, opening the hospital and completing construction of the Cheongna Medical Complex Town in 2028.

But these hospitals in Incheon still face some limits. No matter how good private hospitals may be, they often don't like to treat conditions that take a long time and they can't make much money from — such as rehabilitation for the disabled. So they should be backed by the public medical sector.

And although we have one of the world’s largest airports, I personally worry about the lack of a hospital dealing with disasters and infectious diseases close to the airport. Incheon has been the gateway to infectious diseases: the first Covid-19 patient in Korea was a woman who flew into Incheon airport, and the first Omicron patient was  found here.

Another weakness of Incheon is the absence of a national university medical school. Koreans have access to public healthcare thanks to the health insurance system, yet there are still limits. So I’m arguing that the public sector, or state-run university hospitals like a branch of the Seoul National University Hospital, should be brought to the airport to deal with [infectious diseases] more systematically.

What is the vision and plan for Incheon to lead K-culture and tourism?

When you see Incheon, it has various elements. The past, present, and future coexist in the city. There's the sea and the mountains. And then there’s one of the longest bridges in the world, and various islands.

“Squid Game” was filmed on Incheon’s islands of Wolmido and Seongapdo, and Eulwang Mountain was the filming location for BTS’ “Permission To Dance” music video.

The Camp Market in Incheon's Bupyeong District served as a mecca of Korean band music.

I believe Incheon can lead the Korean culture and tourism industry if it makes good use of these and raises overseas awareness.


This year, the Incheon Global Campus marked its 10th anniversary. What are the major projects and plans for next year?

Starting with 47 students in 2012, its student recruitment rate has steadily increased, with 3,500 enrolled students.

The strength of IGC is that it is possible to receive educations from prestigious overseas universities in Korea at half the tuition, and students are employed not only in domestic companies but also global companies such as Pfizer, Meta and Google.

To revitalize the Incheon Global Campus, this year we will invest 600 million won in the library's mid- to long-term master plan to expand, build study rooms and seat management systems to strengthen the university’s competitiveness.