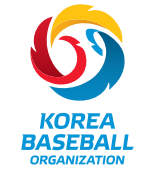 The 2022 KBO season will start on Saturday April 2, the league announced Thursday, with the 10 clubs each playing the standard 144 games.

The basic format of the season has not changed, with each team facing each other 16 times for a total of 720 games. The 2022 season marks the 40th anniversary of the Korean league.

The KBO will not break for the 2022 Asian Games, which runs from Sept. 10 to 25 in Hangzhou, China. The baseball tournament will run from Sept. 12 to Sept. 24., with Korea looking to defend its gold medal from the 2018 Jakarta Palembang Games. KBO teams will have to continue without national team players during the tournament.

Opening day games will be played at the home stadiums of the top five teams from the 2021 season, with the exception of the LG Twins who share a stadium with the Doosan Bears.

Three games will be held in the greater Seoul area on opening day, with the Hanwha Eagles traveling to Jamsil in southern Seoul to take on the Bears, the Lotte Giants visiting the Kiwoom Heroes at Gocheok Sky Dome in western Seoul, and the Samsung Lions facing the KT Wiz at Suwon KT Wiz Park in Suwon.

Heading south, the Twins will face the Kia Tigers at Gwangju-Kia Champions Field in Gwangju and the SSG Landers take on the NC Dinos at Changwon NC Park in Changwon, North Gyeongsang.

A number of events are also planned to mark the KBO's 40th anniversary, including a Classic Series between the league's founding teams.