Mukbang to 'metashopping,' e-commerce minnows try it all

Mukbang to 'metashopping,' e-commerce minnows try it all 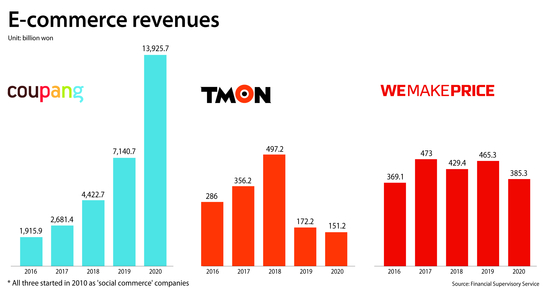 Smaller e-commerce players are scrambling to stay relevant as the big get bigger and the business rapidly consolidates. Some have thrown in the towel, while others are desperately trying this and that to generate much-needed profits.

With the sun setting on the Wild West of e-commerce in Korea, these companies are struggling to find a place in a market where critical mass is needed and where only giants, and a few niche players, are likely to remain.

They are trying everything from YouTube infomercials to pitching for the competitors in a Miracle-on-34th-Street maneuver.

Interpark, which has been struggling financially, unloaded most of its booking business to Yanolja last month. eBay Korea, which was one of the only profitable e-commerce companies in the country but under pressure from money-no-object competitors, was sold to Emart last year.

As these business were being absorbed, the market was concentrating around a few large companies.

In a series of deals over the past two years, a number of big retail names have created a web of alliances, with Naver buying a stake in Emart, Shinsegae International buying into Naver, and Naver buying shares in and selling shares to CJ Logistics.

Coupang listed on the New York Stock Exchange in March, bringing in billions of dollars for expansion.

Two remaining independent but relatively small players are battling to stay in the game.

TMON and WeMakePrice, both founded in 2010 but rarely if ever profitable, started out as Groupon knockoffs, offering digital discount coupons to users.

It seemed to work for a while — at one point, 100,000 people bought Everland tickets on WeMakePrice at 60 percent discounts — but as was the case elsewhere, the Groupon model never really took off.

Both companies pivoted away from digital coupons, in 2017 for WeMakePrice and 2018 for TMON. They were beaten to the punch by Coupang, which also started as a Korean Groupon and made the move away from that model in 2014. It also started Rocket Delivery, getting products to customers faster.

"Coupang didn't continue with the business model like its rivals, but started its next day Rocket Delivery service in March 2014 and transitioned into a direct-buying business model," said Park Sang-jun, an analyst at Kiwoom Securities, speaking about the Groupon model, which is also called social commerce in Korea.

"While doing social commerce, Coupang found out that users had continuous complaints about deliveries, and it started it own logistics service to solve the problem."

Coupang now offers dawn delivery for groceries, an even faster service, while WeMakePrice exited the fresh food delivery market in 2018. It re-entered in 2021.

Desperate for a win, these companies are looking toward digital media, specifically advertorial productions that appear like regular programming.

TMON in December started its "with TMON" YouTube series. A video featuring MeatCreator — a cooking YouTuber with 590,000 subscribers — was uploaded to the channel. It documented scenes of him cooking hanwoo Korean beef various ways.

Products were sold during the show, and 300 million won ($252,000) of beef was moved as a result, with 90 percent of the purchasers first-time TMON users. 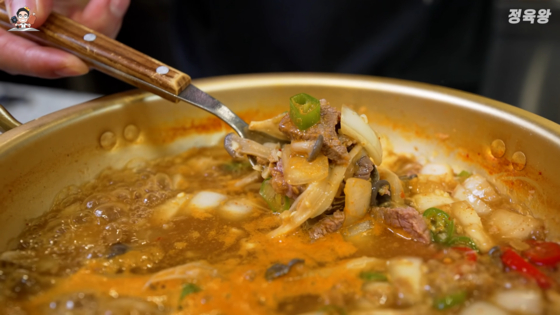 YouTuber MeatCreator shows how to cook hanwoo Korean beef, which was later sold on TMON after the video was uploaded. [SCREEN CAPTURE]


WeMakePrice worked with mukbang YouTubers, such as Tzuyang, Haetnim and sooBingsoo, and sold 1 billion won of food products as a result in 2021.

Like Coupang, both these companies have had trouble turning aspirations into money.

Coupang has never reported a profit and lost $324 million in the third quarter.

"Its competitiveness falls far behind that of other leading e-commerce companies, and it needs to show a huge improvement in profitability or increase in revenue so that investors are convinced in an IPO," said Joo Young-hoon, an analyst at Eugene Investment & Securities when speaking about TMON.

"We don't think making one episode will dramatically increase the company's profitability," said Choi Yang-hwan, a spokesperson for TMON, referring to the show that was made with the celebrity chef. "However, we think this is now a period in which customers are getting interested in our new content and feeling the need to purchase from us.


"In the mid-to-long-term, these outcomes will add up, improving profitability and increasing our revenue." 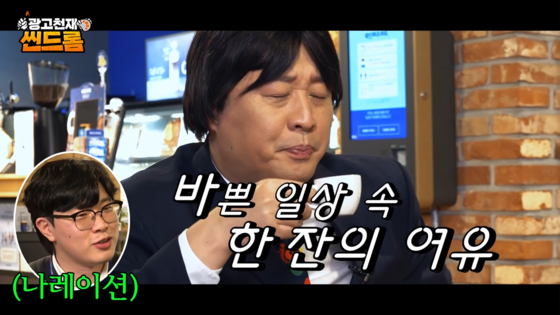 
Users are given a link to the advertised products, and the company says it earned over 200 million won in sales per video.

It is also in talks with Afreeca TV, an online streaming service, to produce an online talk show featuring e-sports players and is training TikTok influencers to be TV homeshopping hosts. They will be featured on TVON, TMON's live streaming service.

WeMakePrice has rebranded itself as a metashopping platform, a website where users can search for items on a competitor's site.

It now offers comparison services for products not listed on WeMakePrice. By offering detailed comparisons, including product size, weight and specs, it aims to build traffic.

A screen grab from WeMakePrice's ″metashopping″ product comparison section. When searching for a laptop, users can select products and instantly compare details such as display size, CPU, memory, weight and resolution.


"Users who use our metadata service could choose to buy products not from brands listed on WeMakePrice, but those registered on other shopping platforms," said Kim Jae-wook, a spokesperson for WeMakePrice. "But businesses registered on our platform can enjoy online curation by our marketing directors, product exposure and promotions, thus sales will naturally increase as the metashopping platform gains popularity and the number of users increases."

"Rather than prioritizing profitability, we aim to provide quality products to customers more conveniently and at an affordable price."

To acquire information about non-WeMakePrice listed products, it developed a "data lake" — a repository with 700 million data sets from 230,000 online shopping malls.

The company has been slashing commissions to attract sellers, taking them to 2.9 percent last April. According to the Fair Trade Commission, the company's average commission in 2020 was 10.9 percent. The move resulted in a 33.2 percent increase in the number of sellers.

TMON went one step further, lowering commissions and kicking back 1 percent of sales to sellers for certain temporary promotions. The company says the number of sellers rose by 50 percent when the policy was introduced.

Starting Jan. 5, WeMakePrice started including a link to SSG.com — which has 15 percent of the e-commerce market.

While WeMakePrice may lose business to SSG.com, WeMakePrice sees itself becoming a go-to shopping site. It believes the arrangement will increase the number of daily users, its market presence and even advertising revenue.