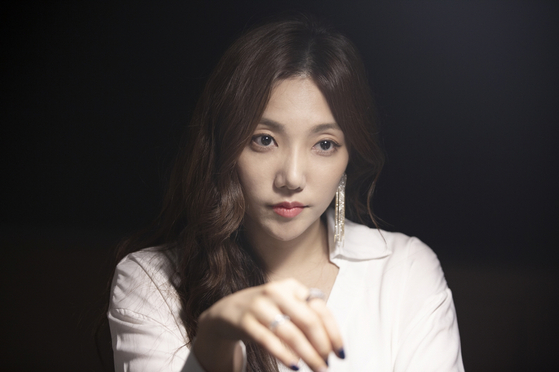 Lee has been under fire since Monday for allegedly abandoning her pets. Netizens posted claims online that Lee has “habitually abandoned her dogs,” insisting that two of the puppies she shared on Instagram are no longer with her.

Lee had been sharing photos almost daily of her and her dog named Jack Coke. When netizens began asking Lee about the whereabouts of the dog, she began deleting the comments and the photos.

Lee also had posted numerous photos of herself with a white Pomeranian back in 2017, which have also all been deleted recently.

Netizens claiming that they are acquainted with Lee posted online that though there is no photo evidence, Lee had also adopted a cat and a dog at the end of 2020.

The agency said that Lee has not abandoned or re-homed her dog Jack Coke, but only asked her friend to take care of the dog as she is currently busy filming a drama series.

However, netizens managed to find picture of Jack Coke on another user's Instagram. The user has been posting pictures of Jack Coke since November 2020, introducing it as their “new dog Hochi.”

“We plan to take legal action against those who spread false rumors,” the agency said.

Lee debuted through numerous music videos in 2003. Her first drama series was “Witch Yoo Hee” in 2007. She became a familiar face by hosting a variety program “Star Golden Bell” in 2009.