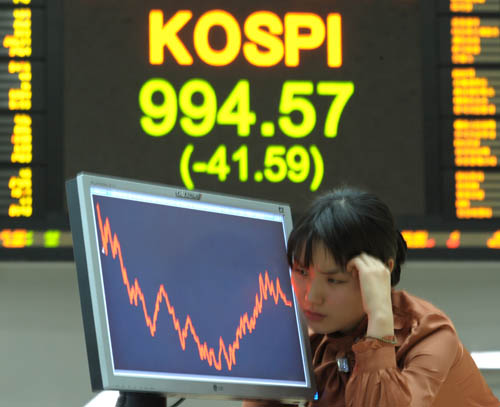 The Kospi briefly dipped below the 1,000-mark yesterday. [NEWSIS]

Korean stocks closed down 1.87 percent yesterday as blue chips suffered from worsened U.S. economic indicators and a possible overhaul of the local shipbuilding and construction sectors, analysts said. The local currency gained against the greenback.

“Worsening data from the U.S. economy and uncertainty in the future of the shipbuilding and construction sectors, caused by pressure to restructure themselves, is putting pressure on the key index for the time being,” said Bae Sung-yung, an analyst at Hyundai Securities.