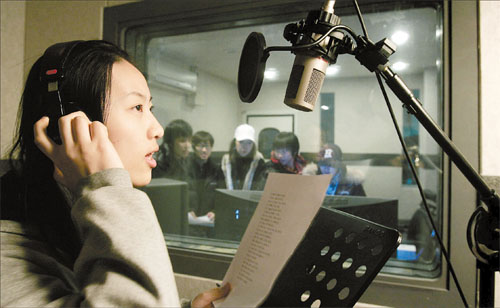 Lee Hyeon-min, a 19-year-old high school senior, packed his bags and got on a train heading to Seoul about a year ago. In pursuit of his dreams to become a pop star, Lee lives alone in a studio apartment in the southern part of the capital. His family lives in Busan, 500 kilometers (310 miles) to the south.
“Everyone said I danced really well when I performed at an elementary school festival, and since then all I have thought about is becoming a singer,” said Lee.
Lee, now on vacation, spends more than 10 hours a day honing his skills at SM Academy, a private institute for star wannabes, in the posh southern district of Apgujeong in Seoul. 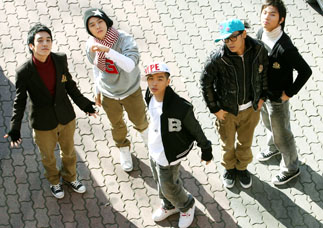 Lee is one of more than 300 students taking classes at the academy, operated by SM Entertainment, the country’s largest entertainment management company. The students want to become the next teenage pop idols in Korea, following the Wonder Girls, Girls’ Generation, Big Bang and Super Junior.
As an increasing number of pop stars are finding fame and fortune at a young age, teenagers flock to the open-call auditions set up by entertainment management companies and private institutes.
“The way the media and management companies present young pop idols and their glamorous lifestyles makes more teenagers want to get into the industry,” said Yang Yoon, a psychology professor at Ewha Womans University.
According to a survey early last year by Embrain, an online research firm, 5.2 percent of 520 middle and high school students across the country said they want to become entertainers.
Teacher was the most sought-after job chosen for 12.3 percent of respondents, followed by civil servant for 8.3 percent and office worker for 5.8 percent.
Lee has been enrolled at the academy for three years. For the first two, he came to Seoul every Saturday for lessons.
“When I went out and auditioned, I felt that I was not ready yet. So I decided to move to Seoul and focus on practicing,” said Lee. “I have never regretted my decision.”
Jeong Se-ri, 17, another student at the academy, seemed as determined as Lee.
“I’ve dreamt of becoming a singer since I could walk,” said Jeong. “I get frustrated when other applicants with less talent but better looks or whatever get the spot I auditioned for. Still, I don’t know what else to do besides becoming a singer.” 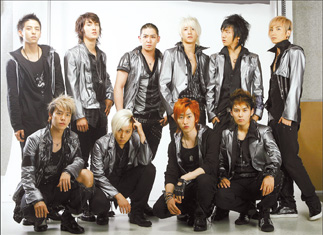 Since the academy was established in 2003, several graduates have debuted, including Taeyeon of Girls’ Generation, a nine-member girl band managed by SM Entertainment.
The 19-year-old lead singer commuted to the academy from Jeonju, North Jeolla, for a year before she signed a contract with SM in 2004. That was after winning a singing competition sponsored by the company.
“BoA [a female Korean pop star] was discovered when she was very young and eventually made it big. Our academy was set up to share SM’s know-how and experience to educate future entertainers,” said Lee Sol-lim, chairwoman of the institute.
Management agencies select their next idols through various routes, including street casting, nationwide auditions and competitions. SM offers an audition at 3 p.m. every Saturday at its office in southern Seoul.
“The number of participants varies widely. During school vacations, more than 200 applicants flock to the weekly audition,” said Jeong Sang-hee, a publicity official at SM.
JYP Entertainment created a nationwide sensation last year with Wonder Girls, a five-member girl band. The company is now receiving applications for its second user-created content audition, co-organized by Mgoon, a local video-sharing Web site.
Applicants place their UCC videos on the Web site to register for auditions. They then get a chance to show off their talents in front of judges at an offline audition. The latest tryouts will be held in five cities across the country from Jan. 5 to 20.
“We decided to receive UCC applications because the generation interested in the entertainment business overlaps with the generation enjoying UCC,” said Han Soo-jeong, a publicity official at JYP Entertainment.
According to Han, about 5,000 applicants, mostly teenagers, applied for the first UCC audition last year.
Only five were selected as trainees.
“We systematically manage each trainee in singing, dancing, acting and foreign languages,” said Han.

JYP currently manages 30 trainees. Their debut dates have not yet been decided.
“Sunye of the Wonder Girls was a trainee for almost seven years, while Yeeun made her debut just three months after becoming a trainee,” said Han.
Pop idol Rain was at JYP for three years before his big break in 2002. He was at the forefront of hallyu, the Korean pop culture phenomenon that hit Asia four years ago.
“A trainee’s personality is a very important factor in his or her becoming a star. Many quit during the training and go back to their normal life,” said Han.
Some wannabe stars become the targets of swindlers in their desperate pursuit of the limelight.
Last March, police detained a 27-year-old man on suspicion of defrauding 43 aspiring actors and singers of 240 million won ($256,080). He was alleged to have pretended to be the president of a management company.
A 31-year-old man was detained in March 2006 for sexually assaulting a 17-year-old woman. He allegedly promised to make her a star.
According to the police, the man contacted women through a Web site that offers information on auditions and castings. The women posted her profile on the Web site.
Although it is possible for some teenagers to realize their talent at an early age, many simply dream of stardom. They are fascinated by the lives that pop idols lead, said Yang, the professor at Ewha Womans University.
“Schools in other countries such as the United States provide opportunities for students to explore their interests through diverse extracurricular activities like theater or singing clubs. But our schools do not offer such chances,” added Yang. “Thus, students step out of the boundary of the school and wander.”
Lee Sol-lim, chairwoman of SM Academy, said early experience in the industry can open new doors for the teenagers. 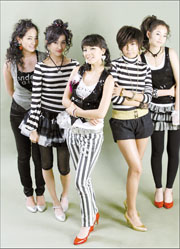 “Some enraged parents come to the institute and ask me why we are trying to lure innocent students [into the entertainment industry],” said Lee.
“But as a mother, I think it is good for them [aspiring teen idols] to test their potential ... if they are interested in making a name for themselves in this business,” added Lee.
In any case, there are other career opportunities like music producers, songwriters or CEOs of management agencies, she said.
Meanwhile, with a never-say-never attitude, aspiring singer Lee Hyeon-min is applying to college to study music.
“I will keep practicing and auditioning until I make it,” he said.