The old, reliable Fiat 124 - except made in Korea

The old, reliable Fiat 124 - except made in Korea 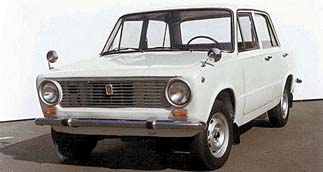 Asia Motors owned the rights to manufacture Fiat 124s just like this one in Korea from 1970 to 1973. They were a big hit, and many even found their way to Eastern Europe. [JoongAng Ilbo]

Back then, Korean automakers usually simply assemble foreign designs by global giants such as Ford and Toyota. Instead of developing their own, the companies bought the rights to manufacture the vehicles here in Korea.

The Fiat 124 was the first car to roll off the production line at Asia Motors. Before then it had stuck to trucks and buses, but switched to automobiles because it was more profitable.

Founded by Lee Moon-hwan in 1965, Asia Motors was established for the production of commercial vehicles.

It was supposed to push out its first Fiat 124, developed by the Italian automaker in 1966, much earlier, but financial problems beset the company within a year of its founding and delayed the car until 1970. Eventually Asia Motors found itself struggling so much that it was forced to sell, and Dongkuk Steel took over at the end of 1969.

In 1973, the last Fiat left the Asia Motors as its contract with the Italian automaker ended. That year a total of 6,775 were produced. The end of the contract once again drove Asia into financial hardship, and in 1976 it merged with Kia Industrial, now Kia Motors.

Under Kia, Asia specialized in military vehicles. But it remained best known in Korea for its Fiat 124s, which were extremely popular not only here but also in Eastern Europe.

In Korea, the Fiat 124 competed against the Shinjin Corona and the Hyundai Cortina, and gained a reputation for a smooth ride and durable frame. As a compact car, the Fiat was economical and experienced relatively few breakdowns, setting it apart from the Cortina, which was bedeviled with problems from the beginning.

The Fiats manufactured in Korea had an engine displacement of 1,197 cc, 65 horsepower and a maximum speed of 145 kilometers per hour (90 miles per hour). Where most other compact vehicles on the road, including Corona or Cortina, adopted a smoother, more streamlined appearance, the Fiat 124 had a sharper body structure. The vehicle was considered practical and comfortable thanks its relatively large interior.

In the first year of its contract, Asia Motors produced 1,737 Fiats, with Korean parts accounting for 30 percent of the car.