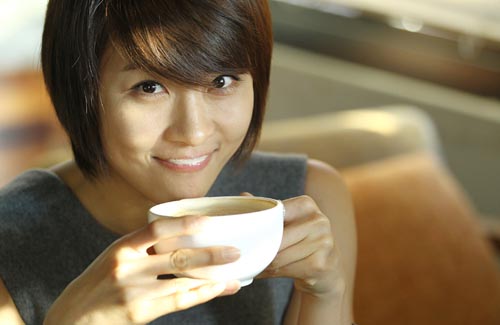 Korean actress Ha Ji-won touched hearts across Korea with her character Gil Ra-im in the popular drama series “Secret Garden,” which came to an end on Jan. 16. [JoongAng Photo]


The popular television show “Secret Garden” may have come to an end on Jan. 16, but actress Ha Ji-won’s character - heroine Gil Ra-im - still lives on in viewers’ memories.

The show is centered around Gil - a poor but talented stunt woman - and Kim Joo-won, a department store owner (played by Hyun Bin), who does not believe in love. Their souls swap after drinking a love potion and they eventually fall in love.

Since production of “Secret Garden” ended Jan. 16, the day of the finale, Ha has had only one day off.

“It feels like I just woke up from a dream,” Ha said during an interview with the JoongAng Ilbo. “I’m still waking up.”

She also said it was stressful shooting the show.

“I was tired and tense during production,” Ha said. “Until the director yelled ‘cut’ and the tension melted away, the stress became sickness. But the tension still lingers.

“I need some time away. A trip would be great. I like being in unfamiliar places and looking at unfamiliar skies.”

“Secret Garden” ended with Kim Joo-won and Gil Ra-im getting married and having three kids, despite strong objection from Joo-won’s mother. The ending could be considered rather flat for a fantasy story, but weeks after the finale, the show still has people buzzing.

“If ‘Secret Garden’ didn’t have a happy ending, I would be in even worse condition. Thank God,” Ha said.

“I related to the character so well that my friends even texted me saying ‘Gil Ra-im, you have been making my life bright lately,’” Ha said. “From 80-year-old women to 5-year-old children, people recognize me on the street. I get big smiles everywhere I go - like how Kim Joo-won smiles to Gil Ra-im in the show. I went to the sauna a couple days ago and people there told me how much they enjoyed the show. Then I realized how popular it was.” 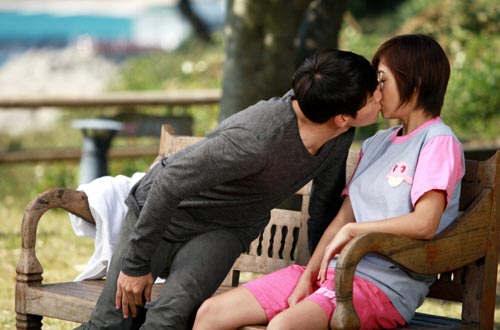 In “Secret Garden,” Ha Ji-won (right), and Hyun Bin, fall in love with each other after their souls are repeatedly swapped. Provided by SBS


Ha immediately fell in love with the story when she read the script.

The plot of “Secret Garden” was unrealistic in every sense of the word - but viewers seemed to relate with the characters.

“I worried at first if middle aged women would like the story. I wanted to bring them into a fantasy world and have them fall in love,” Ha said. “I thought if I acted real enough, I could blur the boundary between fiction and reality.”

To prepare for scenes when the characters’ souls get swapped, she would listen to recordings of Hyun Bin’s voice for hours on end. She studied him endlessly. She observed Kim Joo-won - everything from the way he sits to his peculiar smile.

“Every time I looked into a mirror, I hypnotized my self, ‘I am Kim Joo-won.’ I don’t know if people noticed, but I tried to imitate Hyun Bin’s eyes,” she said.

Viewers connected with the down-to-earth actress.

“It was exactly what I was going for. If a female character is too perfect and pretty, viewers will be jealous and they wouldn’t have sympathized with Ra-im as much as they did. So I tried to be as ordinary as possible. If I wanted to look pretty and gorgeous, I wouldn’t have picked this character,” she said. “People say I make the male character more likable when he makes my heart ache.”

Television viewers are envious of her, often telling her that she “must have saved the world” to have the opportunity to work with Korea’s top actors.

“When I’m in front of the camera, I only see the character, so I don’t see it in terms of working with famous and beautiful people. Only after I see the end result do I realize how lucky I was to work with them,” she said.

Looking at her filmography, it is clear that everything Ha touches turns to gold. She was involved with hit television shows on all three major broadcasting stations, MBC’s “Damo” (2003), SBS’s “What Happened in Bali” (2004) and KBS’s “Hwangjinee” (2006).

Ha said she is carefully picking out her next role.

“The script is the most important thing for me when I am picking a role,” she said. “I choose what I can really enjoy. I never have second thoughts after I make up my mind.”

Ha’s best attribute - the reason directors seek her out - is her character versatility.

“She is a tomboy type but has sexy eyes. She can play anyone,” said director Yoon Jae-gyun, who worked with her on three movies.

Ha said she likes the action involved in acting, setting her apart from many other actresses. She even does her own stunt work, which she had a lot of opportunities to do in Secret Garden because the main character was a stunt woman.

“My ideal female role model is someone who is not fragile - someone who is independent and charismatic. I want to keep doing action scenes like Angelina Jolie.”