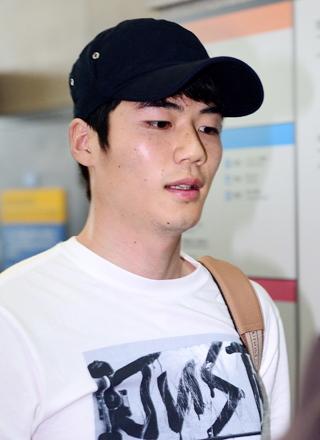 The Korea Football Association will discuss whether to punish Ki Sung-yueng for his private Facebook messages that mocked former national football manager Choi Kang-hee, according to the officials of the local football governing body.

“As the player acknowledged that the suspicion is true, we need to discuss whether to punish him or not,” an official of the KFA was quoted as saying by the Yonhap News Agency on Saturday.

Ki, whose candid online messages had sparked suspicion that he had bad blood with Choi, came forward on Friday through his agency to issue an apology to the public and the coach.

“The Facebook profile in question, I only shared it with my acquaintances. It was not meant to be open to the public,” Ki said in a statement.

“But, whatever it was, I made remarks that I was not supposed to say as a national team member and they were disclosed. For that, I bow my head.”

Under the KFA rule book regarding players’ ethics and behaviors, a player that was judged by the disciplinary committee to have brought disgrace upon or caused a rift within the national team can be subject to a multiple-year game ban or even expulsion from the local football community.

If the KFA decides to impose such a punishment on Ki, he won’t be able to make his second World Cup appearance in Brazil next year. Lesser KFA punishments range from a verbal warning to a 500,000 won ($437) fine to a game ban for less than a year.

Ki played an integral part in the Choi squad winning Korea’s eighth-successive World Cup berth, but he was left out in Korea’s final three qualifiers.

On his personal Facebook page, Ki left messages that derided Choi’s remarks from interviews with local media outlets such as the one made in February 2012, in which the 54-year-old coach dismissed the level of the rest of the Scottish Premier League apart from its top club Celtic, likening it to that of the National League, Korea’s third-tier football league. Ki, a former Celtic member, sneered at it, saying, “Thank you for selecting someone like me who plays in a National League.”

Some of the messages were directed at Choi’s decision not to start him and contained an outright warning.

“I was so shocked and disappointed that I couldn’t play from the first half,” Ki wrote after Korea’s third-round World Cup qualifier against Kuwait in February of 2012. “Now, everyone must have felt the necessity of haewoipa (a group of players playing overseas). You should not have provoked us. I hope you don’t act arrogant toward us again. If you do, it could hurt you.”