Samsung Heavy Industries and Samsung Engineering yesterday announced plans to merge, part of a major restructuring within the nation’s largest conglomerate that has picked up speed over the past year.

The merger was decided following a board of directors meeting on Monday, as the two affiliates aim to step up as a “world-class total solution provider for shipbuilding, onshore and offshore services.”

Samsung Heavy Industries also said it would issue 94 million new shares to Samsung Engineering shareholders, a deal valued at about 2.5 trillion won ($2.4 billion). The two companies said they will hold a special shareholders meeting on Oct. 27 and complete the merger by the end of the year.

Samsung Heavy Industries said it hopes to see an improvement in its engineering, procurement and project management capabilities through the agreement and establish a stable foundation for the growth of its offshore plant business.

Established in 1974, the company became one of the largest shipbuilders in the world in 1995, after the completion of its Dock No. 3 at its Geoje Shipyard. From 2010, it has sought to utilize its offshore plants as a growth driver.

“The two companies will be reborn as the world’s most competitive plant company based on our world-class manufacturing facilities … and outstanding technical manpower in onshore and offshore businesses,” Samsung Heavy Industries CEO Park Dae-young said.

Samsung Engineering, the largest engineering company in Korea, said that the merger will diversify its businesses to include high-value added projects and it could benefit from the shipbuilder’s offshore endeavors. 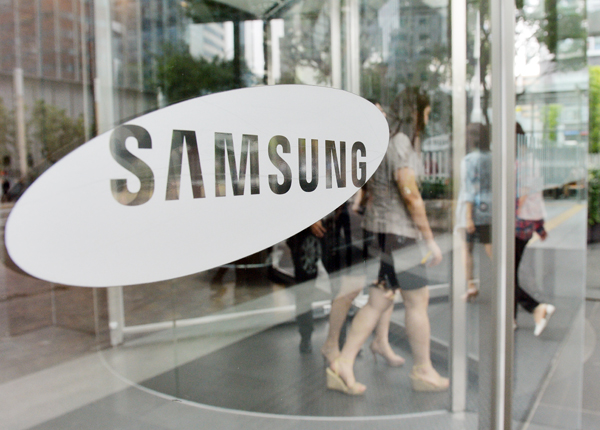 The company became part of Samsung Group in 1978 after it acquired Korea Engineering. While it has traditionally focused on its chemical and manufacturing plants, Samsung Engineering has expanded its power and steel facilities since 2010.

“We will emerge as a total solution provider that caters to the diverse needs of our clients by combining the expertise and technologies we have each accumulated as individual companies in the plant, shipbuilding and offshore industries,” said Samsung Engineering CEO Park Choong-heum.

Industry insiders say the merger will give the two companies a chance to become a global top-tier engineering, procurement and construction company.

The absorption came as Samsung Group has aggressively accelerated its business restructuring plan over the past year.

It is the first time in four years that the number of Samsung’s affiliates has been condensed to 73, according to the semiannual report for 2014 released recently by Samsung Group, as the conglomerate has worked to consolidate redundant businesses through mergers and acquisitions.

The rigorous restructuring plan is part of Samsung Group’s effort to maximize efficiency, while shifting its focus from hardware to software.

The group’s recent changes have gradually increased the management role of Jay Y. Lee, the vice chairman of Samsung Electronics and the only son of Samsung Chairman Lee Kun-hee, who was hospitalized in May for a heart attack.

Industry experts predict that Samsung will speed up the expansion of the younger Lee’s role to include oversight over the electronics, finance, construction and material sectors.

A high-ranking official from Samsung Group said that this year is an important one for the conglomerate and that it is coordinating its efforts accordingly.

“The earlier decision to list Everland’s shares on the Kospi index signified that Samsung will enhance the competitiveness of its real estate and construction businesses,” said a spokesman for Cheil Industries.

Samsung Everland, the de facto holding company of Samsung Group, announced that it would acquire Cheil Industries’ fashion business on Sept. 23, 2013. Its property management business was also acquired by S-1 and its cafeteria and food ingredients business was subsequently detached last November.

On June 3, this year, Everland said that it would list its shares on the Kospi by the first quarter in 2015 and changed its name to Cheil Industries the next day.

The move was also seen as part of Samsung’s plan to pass on management control to Jay Y. Lee amid his father’s uncertain health. The vice chairman of Samsung Electronics holds 25.1 percent of Cheil Industries’ shares, as the largest shareholder, followed by his sisters Boo-jin and Seo-hyun, who hold 8.4 percent each.

Industry experts add that the group is also moving to shift its focus from the hardware business to software, evidenced in September 2013, when it announced the merger between Samsung SDS and Samsung SNS, with those shares on the Kospi within the year.

Through the initial public offering of Samsung SDS, in charge of software within the conglomerate, the company is expected to acquire and merge with domestic and foreign software start-ups, along with Samsung Electronics.

The merger of the two construction affiliates is one of the final stages in the conglomerate’s overall restructuring process.

Meanwhile, local securities firms bet that the merger of Samsung Heavy Industries and Samsung Engineering will bring about significant synergy and maximize the efficiency of their redundant businesses.

“It is expected that Samsung Engineering will be able to seek sustainable growth by entering the offshore plant market and it is forecast that its profit will start normalizing from 2016,” said an analyst at a local securities firm.

After the announcement of merger, shares in Samsung Engineering soared up 12.52 percent yesterday, while Samsung Heavy Industries shares closed 6.24 percent higher from the previous trading day.