A chance to transform

A chance to transform 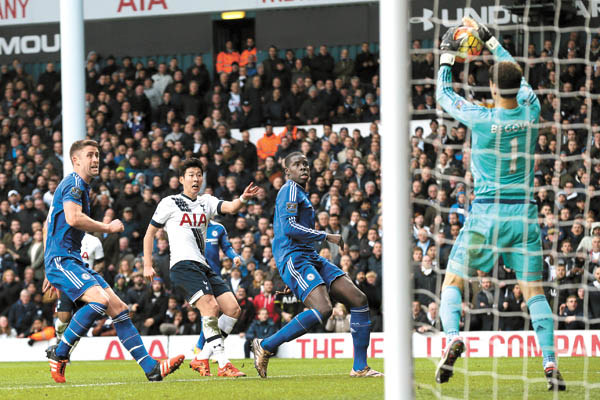 The recent trilateral summit with Korea, China and Japan was a success. Not only did the leaders of the region’s three economic powerhouses sit down for a serious discussion, they also agreed to hold another summit next year, perhaps in Tokyo in May.

There are so many important issues in the world that require the collaboration of these three powers, from trade and investment, to North Korea’s nuclear program and climate change. We must make sure that this trilateral summit remains “sustainable” into the future and that it will be held regularly regardless of differences of opinion.

Furthermore, the trilateral summit should not be billed simply as an exclusive event for high-ranking diplomats, but rather an ongoing dialogue among the citizens from each nation.

The summit must be innovative and creative, employing culture and personal exchange to build closer relations between participants. But even more essential is that the summit be transformative.

We often assume that diplomacy is a ritualistic interaction between static and unchanging groups who work out a compromise that meets their unchanging interests. But there are moments in which one can achieve a meeting of minds, wherein the players are transformed by the process and come out of the event seeing the world, and each other, differently.

Despite the enormous bureaucracies involved, it would be naive to assume that one summit can effect a profound change.

Nevertheless, I would suggest that there are certain symbolic and substantial steps that can be made that will set a new tone for these talks and create a positive cycle.

When Pope Francis visited Washington in September, he surprised everyone by having lunch with a group of homeless people rather than with the politicians he was originally scheduled to meet. That deeply impressed observers and changed the tone for all the discussions.

I wonder whether the three heads of state could visit a school for autistic children in Seoul and spend a few hours talking and playing with them. The value of a meeting like that would be multi-faceted.

Not only would the general public be inspired to see world leaders taking the time to talk with young people who face challenges in society, but the leaders themselves would be taken out of their negotiations for a short time and put together with young people for whom human kindness is the common language. That experience could bring a new humane quality to their discussions.

Diplomatic events are often split between formal negotiations and preordained events in which participants must engage in strenuous work and down time when they can hang out together or go for a walk, or play tennis.

But perhaps we can create another possible space for the interactions between the three leaders.

Could we create a meeting in which they discuss the challenges that their countries face with each other, not as part of a negotiation, but rather as a sincere intellectual exchange whose purpose is the improvement of the lives of their people?

Creating a space in which leaders are intellectually engaged, and interacting with each other, but are not playing a formal role can build a deeper relationship among them. Triggering a bit of intellectual curiosity through an exchange can do much to transform the rest of the meetings.

Finally, we should not underestimate the potential of musicians and artists to transform the discussion. Summits follow strict rituals and protocol that make it impossible to think outside of the box. But introduce musicians or painters into the room and suddenly things can take a different turn.

Artists should be right there with the heads of state, engaging them in conversations, or suggesting creative ways of looking at the issues that not only will break down the barriers between the leaders, but will also suggest new avenues.

Comedy is especially helpful as a way to encourage a more flexible and creative solution to a problem.

If we just focus on problems, and how to solve them, then all we see are problems. But if we brainstorm about new opportunities and potential, the excitement and the optimism generated in that process can transform the problems into something more manageable, or even into a unexpected opportunities.