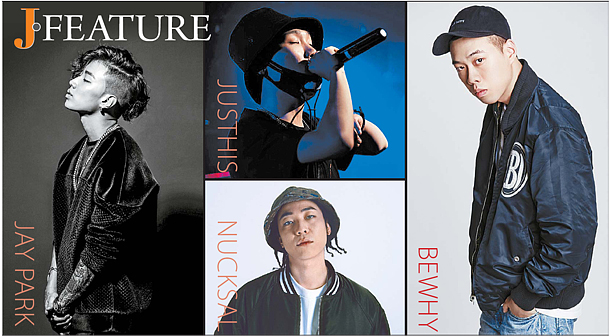 Korea is a hard place for subcultures and trends. Understandably, with the low population and a small domestic demand market, unless a culture is a part of the mainstream media, it’s bound to be outclassed. Also, in a country where trends change faster than anywhere else in the world, it is hard for a subculture to live very long.

The Korean rock scene was highly popular during the 80s, but currently has no place on the charts, and is even being pushed out in Hongdae, western Seoul, its last line of defense. More recently, the Electronic Dance Music genre, or EDM, has quickly become a forgotten genre in the mainstream media.

Following years in subculture obscurity with the genres mentioned above, hip-hop has had somewhat of a resurgence during the past few years, and has remained a part of mainstream media for more than five years - quite a feat for a music genre.

It’s popularity has changed the genre from a culture for diehards only to one embraced by the masses. In celebration of the first Korean Hip-hop Awards, a joint project by hiphople.com and hiphopplaya.com, two of the biggest hip-hop web magazines in Korea, the Korea JoonAng Daily takes a look at how hip-hop has changed, and the direction it is now headed. 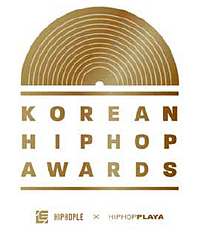 A brief history of Korean hip-hop

Hip-hop is a relatively new genre and Korean hip-hop is an even younger genre. Even when hip-hop was gaining traction in the United States in the early 80s, hip-hop in Korea wasn’t even regarded as a genre. It wasn’t until the songs of Seo Tae-ji and Lee Hyun-do in the early 1990s that hip-hop started to make some noise. Even then, hip-hop didn’t have much of an identity, as the style that the artists were performing was dance music that featured short rapped verses.

Rap, in the early 90s wasn’t a standalone genre, rather a type of music that was a fusion of other genres, such as dance, funk and techno music. Then in 1995, came one of the most iconic hip-hop albums, Deux’s third album “Force Deux”, which brought hip-hop to the ears of the Korean public.

With the advent of the internet, and Korea being one of the first nations to embrace the new technology, Korean hip-hop in the mid-90s lived on messages boards such as Soul Train and Dope Sounds. They later evolved into websites called Blex and Show N Prove respectively, and the two outlets produced the godfathers of Korean rap - Garion, Joosuc, P-Type and Verbal Jint.

But even with all these advances in Korean hip-hop, there were still limitations in underground hip-hop. With very few artists, the hip-hop market was small - it couldn’t function in itself. In Korean hip-hop, there was always a need to go mainstream. It wasn’t about selling-out - even if an artist was considered mainstream, it was hard to succeed. It was a matter of being able to earn a living with the craft they had.

During the early 2000s, groups like Dynamic Duo, Leessang and Epik High were the only ones who gained respect from the underground and had their music sold commercially. Others kept to their roots, but had a hard time surviving off the music, having to resort to other means, and ultimately having to give up the music and occupation they loved.

There was also another outlet for artists as well, in the form of the up-and-coming idol groups. Big Bang, considered to be the most successful boy band in Korean music history, had its roots in hip-hop, and was formed in 2006. Although the hip-hop elements of their music was water-downed in the eyes of the greater hip-hop community, thanks to their music the sounds of the genre became familiar to the mainstream.

While Big Bang was often associated with bringing the hip-hop sound to the mainstream, the truth is that the community as whole did not benefit from the public greater acknowledgement of the genre as a whole.

Even when the genre wasn’t being talked about at great length in mass media, there were many outlets focused on hip-hop that helped create the basis for the hip-hop boom that is happening now. They were online communities - currently called web magazines - in the form of hiphople.com and hiphopplaya.com.

Even when hip-hop wasn’t a major force, there always was an underground scene present, and the online community at Hip Hop Playa, which opened in 1998, set a place for those artists and listeners to come together.

“One of the most instrumental factors of Hip Hop Playa would be the galleries where users would upload their music,” said Cha Ye-jun of the contents team at Hip Hop Playa. “It’s where the hottest emcees in the current hip-hop scene first came up.”

Cha’s words ring true, as big-name rappers such as San E, Blacknut, Don Mills and Take-One all started getting recognition from their uploads in the gallery. A similar feature on another website, DC Tribe, helped build up the reputation of one of the biggest names in hip-hop currently, former JazzyFact member Beenzino.

“While it cannot be said that the web-magazines were pioneers of hip-hop, it was an outlet for artists and listeners to reach out and communicate with one another during the tougher times of hip-hop,” Cha said.

Even with the small audience hip-hop at the time had, the web-magazines helped provide what popular music could not - more hip-hop.

As boy bands and girl groups became more popular on the charts in the mid-2000s, the web magazines helped build a foundational fan base of hip-hop, allowing users to discuss the genre, giving recognition to underground artists, and even hosting shows in concert halls in Hongdae, according to the representatives of the two magazines.

With the foundation ready, the web magazines saw meager, but growing traffic and exposure as hip-hop slowly gained traction in mainstream media.

However, most of the hip-hop albums at the time compromised their quality with the need to include music that appealed to a wider audience. The peak of that trend came in the late 2000s, when hip-hop artists would put out albums that were only hip-hop in name, but mostly featured pop sounds - Untouchable’s “Quiet Storm” album, and most of the songs by San E are examples.

People were starting to get bored of radio-friendly hip-hop, and the diehard fans were disappointed with their artists taking this route for success.

Many fans turned their attention away from hip-hop at the time and the genre would once again be forgotten. That was until the introduction of audition programs such as “Show Me the Money” in the early 2010s.

The Influence of “Show Me the Money”

“As much as we in the hip-hop community do not want to admit it, the influence of ‘Show Me the Money’ cannot be undermined,” said Lee In-sung, marketing director of Hip Hop LE.

“The influence the show had on the current music scene and the hip-hop scene cannot be overlooked,” Lee said. “It introduced the artists that had the talent and the star power to the public, and more importantly, the genre of hip-hop was put into the spotlight.”

However, the two major hip-hop web magazines feel that the show has problems even if they did bring about the resurgence of the hip-hop genre.

“The hip-hop genre really advanced in terms of quantity,” said Cha of Hip Hop Playa. “The market admittedly did get bigger but in terms of quality of the growth, hip-hop still has a long way to go.”

Lee of Hip Hop LE also chimed in, “You can say that it’s almost like the miracle of the Han River. The growth was so sudden and rapid, but the focus was on the marketing of ‘Show Me The Money’ only, not the hip-hop scene as a whole. The underground scene is still very much neglected and underdeveloped.”

The future of Korean hip-hop

If one follows the lifecycle of a trend in Korea, it can be expected that hip-hop will soon disappear from the public’s interest. The hip-hop market is currently over-saturated, with the number of hip-hop TV shows continuously growing with the like of “Unpretty Rapstar,” “Tribe of Hip Hop” and more recently, “High School Rapper.” However, even with the over-saturation, the two web-magazines aren’t too concerned with hip-hop disappearing from the face of attention any time soon.

“One massive advantage hip-hop has is in its flexibility,” Cha said. “Hip-hop’s ability to blend in with other genres, the diversity and the appeal it carries is too attractive to ignore.”

The two joining together to create the first Korean Hip Hop Awards is seen by many as a revolution of the Korean hip-hop scene, as Hip Hop LE and Hip Hop Playa are widely regarded as being rivals. However, both stated that the collaboration is the first of many to come.

Mentioning the predicaments of the current hip-hop scene along with the problems “Show Me the Money” has brought, the members in preparation of the awards stated that “Currently there are two bipolarized scenes - the ‘Show Me the Money’ scene and the non-Show Me the Money scene. There is a need to balance the two scenes out into a single hip-hop scene, where members of both side of the divided scenes can respect each other.”

The ceremony was created to give deserved recognition for those in the underground, and hopes that it will be a stimulus in bringing the independent hip-hop scene to the fore.