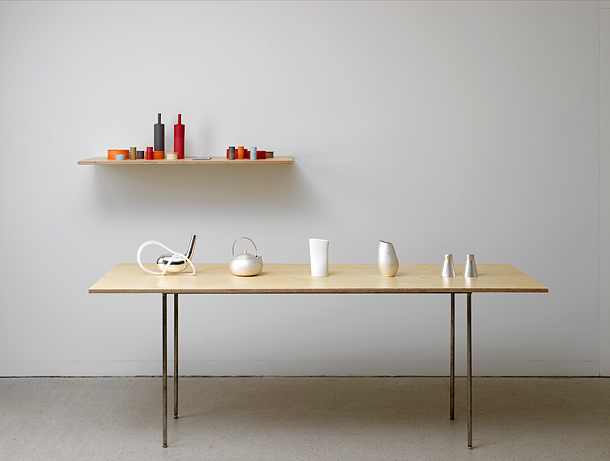 A display from Arumjigi’s 2015 exhibition “Traditional Alcoholic Beverages with Side Dishes.” [LEE JONG-GUN]

London Craft Week kicks off on Wednesday celebrating craftsmanship from Britain and around the world. This year, the art of Korean dining culture will also be featured.

The Arumjigi Culture Keepers Foundation, a private nonprofit in Seoul, will be organizing an exhibition at the event, marking the first time a Korean exhibitor is participating, according to the organization. Along with Arumjigi, the Korea Crafts & Design Foundation will also take part in the event.

Arumjigi has been promoting traditional Korean culture since 2004. The organization pairs traditional artisans with contemporary artists for about a year to work on a subject and introduces the results as exhibitions. The show at London Craft Week, “Craft Narrative: Beauty in Everyday Living,” will feature 67 pieces by 38 artists. 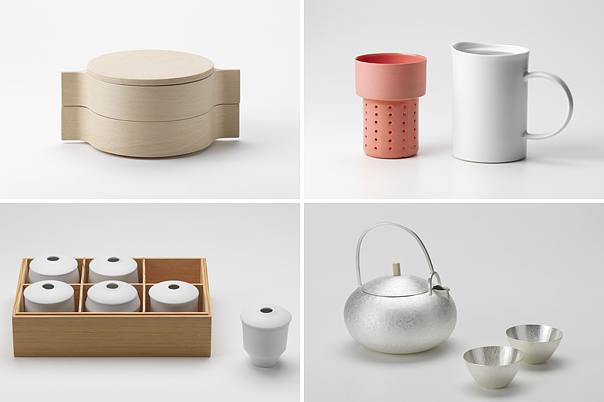 The exhibition consists of three parts. The first focuses on traditional Korean liquor and side dishes, and the design and craft that go into drinking culture. Here, visitors will learn about the stories and customs related to traditional alcoholic beverages and the food that is normally consumed with them.

The second part will be about tea and explore the different types of tea that Koreans enjoy based on the season.

The final portion of the exhibit will introduce visitors to Korean dosirak, or lunch boxes. Pieces made of wood and lacquer, ceramics and bamboo will be displayed with the emphasis on simplicity.

“Arumjigi hopes that the palate and nutrition, care and love, and visual beauty showcased in this exhibition at London Craft Week will become an integral part of meals everywhere,” the organization said in a press release.

In an interview with The Telegraph, Guy Salter, chairman of London Craft Week, said he was excited about Arumjigi’s participation.

“There are quite a few international ‘firsts’ for London, which are set to be very special,” he said. “The Arumjigi Culture Keepers Foundation is incredible. They commission exceptional objects from Korean craftsmen to keep cultural, food and clothing traditions alive. Their hospitality-themed exhibition, featuring objects relating to forms of Korean eating and serving, will be utterly stunning.”

There’s set to be a greater international presence at this year’s London Craft Week, with makers from abroad comprising more than 30 percent of programming. Hands-on events include reproducing an ancient Chinese scroll, witnessing the creation of a mulberry bag and enjoying an intricate Thai court dance with exquisite fabrics woven by artisans from the Queen Sirikit Museum of Textiles.

Aston Martin, a British manufacturer of luxury sports cars, will show how its designers create preliminary clay models of its cars, and British jewelry designer Shaun Leane will discuss his collaboration with late designer Alexander McQueen (1969-2010).

London Craft Week, now in its third year, takes place between May 3 and 7 across different venues in London. The sites include historic buildings and iconic landmarks that are usually closed to the general public, such as the clock tower in the Palace of Westminster, which houses Big Ben.