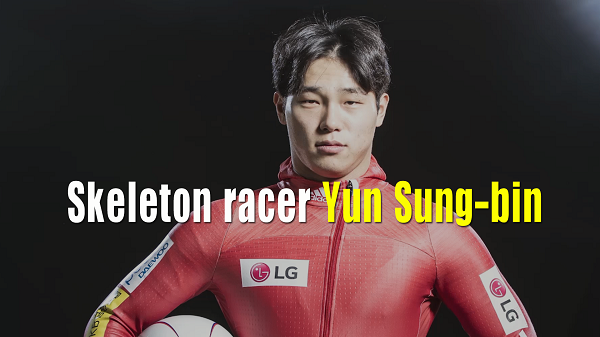 1) Q: Are you keeping yourself in good condition?
Yun Sung-bin (Skeleton athlete): “Yes, though if I feel good right now, it means nothing if I can’t maintain this condition for the Olympics.”

2) Q: You’ve successfully managed to get good results over the course of five consecutive world cups. What do you think about the competition between you and the two-time medalist, Martins Dukurs, a Latvian skeleton racer?
Yun: “I’m glad about my results, but I haven’t thought anything about the competition [with him] yet. I always focus on myself.”

3) Q: Did you get that kind of mindset because you lost a race against him in March?
Yun: “I didn’t mean to say that I have completely ruled the competition with him out. But if I care too much about other athletes, then it might affect my performance. I do believe that if I focus on what I should do, then everything will come out great.”

4) Q; Your story of becoming one of the world’s top skeleton racers in only six years has inspired a lot of people in their twenties. What do you think about this phenomenon?
Yun: “If I could cheer them up [with my story], then it would be great.”

5) What does your nickname “Iron Man” mean to you?
Yun: “‘Iron Man’? He’s a hero. I hope ‘Iron Man 4’ will be released soon. The Iron Man actually symbolizes me in skeleton racing. [Other athletes] talk about me first whenever they see the movie ‘Iron Man’ or plastic models of Iron Man. They sometimes buy some of them for me.”

6) Can you imagine yourself after the 2018 PyeongChang Winter Olympics?
Yun: “I just hope I don't cry after finishing the Olympic Games. I just want to smile after accomplishing my goal.”

9) Q: What does the year 2018 mean to you?
Yun: “The year of 2018 is the year of the golden dog as you said, and the 2018 PyeongChang Winter Olympics will begin soon. It’s also going to be the starting point for my skeleton racing.”

10) Yun: “Hello, my name is Yun Sung-bin, a skeleton racer. I hope everything will turn out well in 2018, and I wish the best for all of you. I’ll do my best in the 2018 PyeongChang Winter Olympics. Happy New Year!”