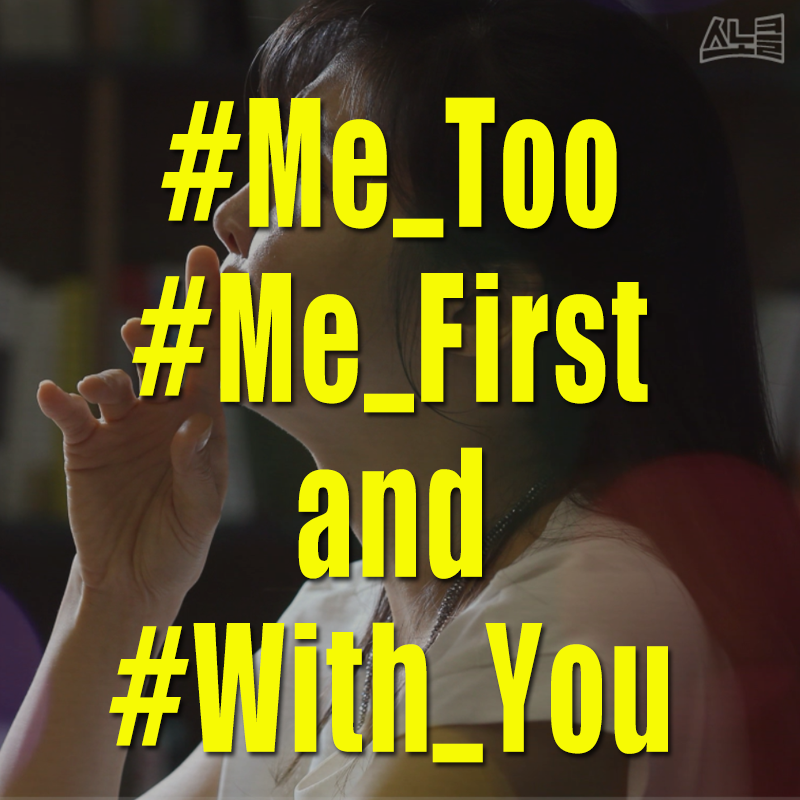 2) “It’s so hard to find someone with a sense of duty these days with all these female prosecutors.”

3) “You look tastier than this ice cream.”

5) Empowered by her confession, many women from various fields are sharing their experience of workplace harassment.

6) A statement made by Judge Moon Yu-seok on his Facebook page has also caught the attention of many.

7) “As a father with daughters, I couldn’t contain my anger and sadness when I found out what Prosecutor Seo had to face. To think of my daughters having to face such a world breaks my heart.”

8) “Assailants who do such acts are types to take advantage of the weak. No matter how drunk they get, they wouldn’t step in the shadows of their superiors. These men never learn.”

9) “What is shocking about Prosecutor Seo’s experience is that it happened in front of the Minister of Justice at a funeral where a large number of other prosecutors were also watching. Those who looked away for their own good are accomplices as well.”

11) #MeFirst is a pledge to be the first to speak up against sexual assault when it is witnessed.

12) It is spreading quickly with growing support. However, some criticized it as hypocrisy.

13) “This act steals the spotlight from ‘Me Too,’ which was made possible through the persistent and arduous efforts of many women. It’s ridiculous how he speaks as if he only just noticed the prevalence of sexual harassment thanks to his daughters when the problem has existed for so long.”

16) “I am not trying to seek attention. I made a promise to be a person who does not just look on with folded arms but steps in when an offense is made, and to encourage others in my position to do the same.”

17) It is time for us to express three types of courage.

18) #MeToo, to boldly expose the assailant like Prosecutor Seo Ji-hyeon did.

20) Finally, #WithYou, to stand with these courageous people and support them.