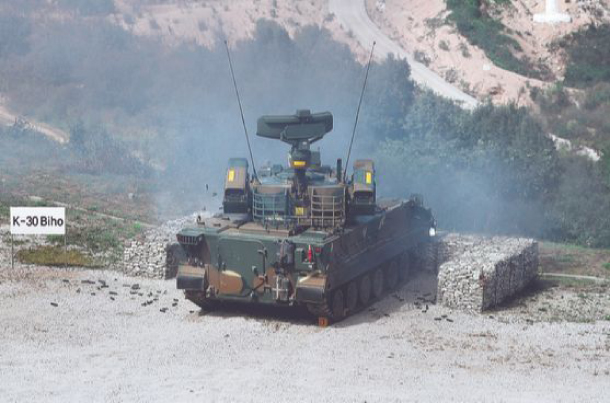 The Russian government is attempting to slam the brakes on Korea’s sale of 3 trillion won (around $2.66 billion) in anti-aircraft arms to India, according to official sources in Seoul.

The Indian military selected a Korean-built anti-aircraft system as a candidate for acquisition last October after a bidding process involving a number of foreign arms makers as part of a recent plan by New Delhi to upgrade its air defenses.

The weapon in question - the K30 Biho - was developed by Korea’s Agency for Defense Development in 2013 as a short range anti-aircraft and anti-missile system. In the bidding process, it beat out an upgraded Tunguska-M1 model built by the Russian state-owned defense company Almaz-Antey and the Pantsir missile system from the Russian KPB Instrument Design Bureau. The K30 Biho was judged the most capable of dual purpose use as an anti-missile and anti-aircraft defense system.

If a final contract is signed for the acquisition of the K30 Biho - paired with the surface-to-air Chiron missile developed by the Korean aerospace manufacturer LIG Nex1 - India plans to deploy the system by 2020 along a point on its border with Pakistan where five brigades are stationed.

The bidding was first officially announced in 2013, and the candidate weapons were evaluated throughout 2015 and tested in 2017. The Korean defense industry was eyeing the Indian market as a chance to move away from domestic sales to exports. The contract involves exporting 104 Biho systems, 97 ammunition carriers, 39 command vehicles, 4,928 missiles and 172,260 rounds of ammunition, bringing the contract’s total value to 2.5 to 3 trillion won.

Moscow, however, a traditional supplier of arms to India, apparently ordered its Defense Minister Sergey Shoygu to publicly express dissatisfaction with the decision on the sidelines of a military conference between the two countries Dec. 18.

Shoygu told the Indians that the Indian military had not properly tested the weapon in a deliberate attempt to not buy arms from Russia, according to a source in the Korean government.

The Russians followed this up by sending an official request to the Indian Defense Ministry asking it to re-evaluate the bidding process.

Considering that 62 percent of all weapons bought by the Indian military between 2013 and 2017 were acquired from Russia, defense analysts in Seoul say it may be difficult for Korea to overcome the Russian interference.

“The fact that its weapons were outgunned in the bidding must have come at a major shock to Russia, which prides itself as the leading manufacturer of combined defense systems,” the Korean official said. “We expect them to attempt to block this deal to the end.”

Around 35 percent of all weapons exported by Russia go to India, which recently signed a $5 billion deal with Moscow to acquire the S-400 missile system - a sophisticated surface-to-air defense system that New Delhi is expected to deploy on its borders with China and Pakistan. A $950 million deal to buy two stealth frigates from Russia was also signed last October.

Given such a close military relationship, India may find it difficult to sidestep pressure from Moscow regarding the K30 planned acquisition.

“To maintain upkeep on its Russian-bought weapons, India is faced with a large burden if relations with Russia deteriorate,” said a source within the Korean defense industry. “Various pro-Russian forces within the Indian government are also throwing their weight behind a re-evaluation of the bidding process.”

Faced with the prospect of its export plans to India falling apart, the Korean Defense Ministry and defense contractors have sent their own letters to the Indian Defense Ministry requesting that it streamline the contract negotiation process. The Korean government is also considering dispatching one of its officials to New Delhi to apply some pressure.

“It is a boon to Korea that India is attempting to move away from its dependence on Russia for arms since the early 2000s,” said Cho Choong-jae, a researcher at the Korea Institute for International Economic Policy. “Korea should emphasize defense cooperation with India to help New Delhi diversify its weapons sources.”