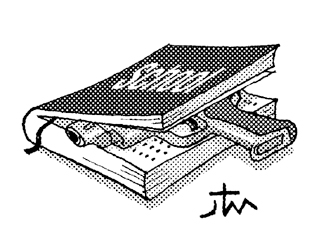 The White House Briefing Room, a setting watched by the whole world, is formally named the “James S. Brady Press Briefing Room,” after Jim Brady, who was the White House Press Secretary during the Ronald Reagan Administration. Brady was shot in the head in March 1981 and became paralyzed when John Hinckley attempted to assassinate President Reagan.
The “Brady Law” enacted in 1994 is the result of the hard work of Brady and his wife. This law required background checks for purchasing guns regardless of their purpose to look for criminal records, mental illness and illegal immigrants. However, this temporary law expired in 2004.
The obstacle that Brady was not able to jump over was the National Rifle Association. Charlton Heston, the star of “Ben Hur,” was its president until 2004. The NRA holds strong political power and receives huge amounts of money from gun production and distribution companies. It brags proudly about defeating laws to restrict gun use in Congress, including the Brady Law.
The success of the NRA and of gun possession in the United States stems from the country’s unique culture and historical background. In 1791, the second amendment to the U.S. Constitution declared a well regulated militia as “being necessary to the security of a free State,” and prohibited Congress from infringing upon “the right of the people to keep and bear arms.” After going through the War of Independence and expanding to the West, U.S. citizens believe this clause, which is over 200 years old, is vital for them to defend themselves, thinking, “It is not the police that protects my family and I, but myself.” Many in America think that Al Gore, who ran for president in the year 2000, was not able to win against President Bush because Gore wanted to restrict gun use. In the United States, people think that possessing a gun is a right of the people.
In the United States there are over 300 million people, and about 250 million guns in the nation.
Every year, about 30,000 people kill themselves using a gun. In 1991, when 13 people lost their lives in a shooting rampage in the Columbine High School massacre, efforts for restricting access to guns became a hot topic.
However, in this situation, when the nation has just faced the world’s worst shooting rampage, there is no sign that people will move to restrict gun use.
Some say, “If guns were allowed on the campus, the damage could have been less.” Regardless of whether that statement is right or wrong, having lost these promising youngsters is just too sad.