An American grows up in a Korean jail

An American grows up in a Korean jail 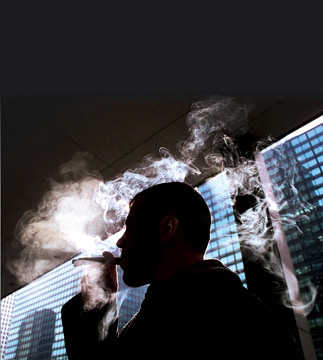 Cullen Thomas washed up on the Korean Peninsula like flotsam, a college graduate with a mundane sense of confusion about his future. As an avid traveler, he was looking for adventure, but he did not anticipate how intense ― and harrowing ― his exploits would become when a failed attempt to smuggle hashish landed him in Korean prisons for three-and-a-half years.

His new book about his Korean incarceration, “Brother One Cell ― An American Coming of Age in South Korea’s Prisons,” was released in hardcover this year. The memoir has recently been picked up for translation into Korean.

Thomas felt on the fringes of society during the first months of his stay here, a sentiment that would not surprise most members of the varied international community who live in Korea under the catchall category of “foreigner.” As such, he felt little obligation to follow the laws of his host country. For a start, like many, he taught English illegally, without the requisite E2 visa.

Teaching English failed to offer him the excitement and fulfillment he was searching for. Thomas had moved out of his friend’s apartment and was living in a yeogwan (a boarding house similar to a love motel), when he met a man who was making a very good living by smuggling hash in from the Philippines and selling it to foreigners in Seoul. (Hash, or hashish, is a form of marijuana that is usually smoked or eaten.) Thomas was enchanted by the rebelliousness of the man’s lifestyle, the ease with which he made his money, and the amount of it he made. The attraction to the way of life was stronger than the possible consequences.

“To me,” he writes, “the risks and dangers involved in what [the smuggler had] done were like distant noise, faint and invisible, as though they existed only as props to ratchet up the element of adventure.”

Thomas traveled to the Philippines, found the village the man had told him about, and sent two kilos of hash in separate packages to a post office box he had opened under a fake name in Myeongdong. He was able to pick up the first package without trouble but the police caught on and were waiting for him when he came to retrieve the next kilo. 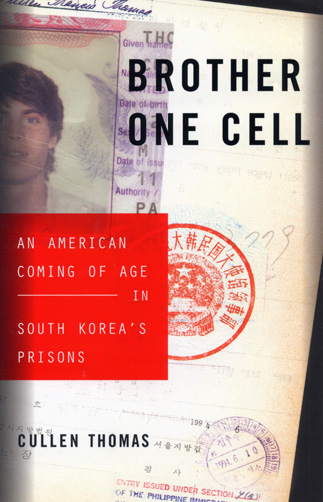 “Brother One Cell ― Coming of Age in South Korea’s Prisons” will be translated into Korean.

“When an international package arrives, drug dogs sniff the packages,” said Shim Sung-hun, an officer at Seoul Customs Office, through which all packages arriving from overseas must pass. “Then it goes through an X-ray. If anything is suspicious, the package is opened and searched. A prosecutor is alerted and an investigation is begun by a special team of investigators.”

Despite the thin chances of getting drugs through this system, many seem anxious to try. Of the 12 billion won ($12.9 million) in illegally imported goods seized by the Customs Service last year, over 9 billion won worth was illicit drugs, according to the service.

So, Thomas was propelled headfirst into the Korean penal system, speaking next to none of the language and mostly ignorant of the hierarchical Confucian culture that dominates interactions within prisons even more strongly than in free Korean society.

Speaking with the JoongAng Daily via telephone from New York, Thomas said the book is his “strange love song to South Korea.”

Many would expect the author to harbor bitterness against a country that took over three years of his freedom, but Thomas does not think ill of Korea.

“I still feel a connection with Korea, and it’s a strong one... I felt the Korean experience of shared suffering and communal living that is a strong part of the national character.” 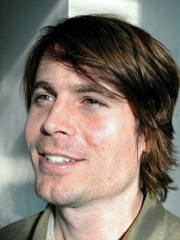 With a discernable longing for acceptance in his voice, he said, “I hope Koreans can appreciate [the book]. I feel like if Koreans give my story a shot, they could take something away from it. It goes to the underbelly, but it has a lot of respect, too.”

The memoir itself is, on the whole, uneventful, as one would expect time spent in prison to be. There is none of the violence, drugs, rape or other horrors one hears about in stories of American prisons. Much of the book is the author lost inside his own head, with nothing to keep him company but guilt, shame and the faintest glimmer of hope for the future.

In fact, in comparison to the violence-laced accounts of harsher jails, the experience often seems pedestrian. There are stretches of the book when the boredom that is indubitably associated with sitting in a small cell for 23 out of every 24 hours becomes all too palpable.


Some of the more interesting passages of the book are Thomas’s deeply respectful descriptions of the people who share the experience with him. He befriends dangerous people one would no doubt be wary of becoming close to in the outside world. One of his compatriots is a cocaine and emerald smuggler; another has smothered his two children.

“I have a lot of respect for the men,” he said on the telephone. “They were dregs, but...” he trailed off.

The small minority of foreign prisoners is kept separate from the Koreans, and is governed by a separate set of rules. The guards are generally accommodating, even when refusing some of Thomas’s requests. As an American, Thomas becomes aware of the fact that he is a privileged child of a rich and powerful nation. Despite the fact that his government does little to help him out of his predicament, his citizenship affords him luxuries unavailable to the Koreans or prisoners from countries whose economic situation lends itself more to Korean disdain.

“Most of the Koreans lived in group cells,” he writes, “so they never had the chance to be alone... That seemed to me a crueler punishment than solitary. But we all seemed to have gotten our culturally appropriate desserts: group-oriented Koreans sleeping side by side in 15-man cells; more individualistic foreigners locked away in single units.”

The single units are no luxury, however. They were around four-and-a-half feet wide,so he could almost touch the opposite wall with his feet while sitting up against the other side, and nine-feet long. There was a trough set in cement at the base with a tap over it for all washing, laundry and toilet needs. “I could extend my arms only halfway and have both palms flat against the ceiling,” he writes.

It is through the harsh physical conditions of the jail that Thomas experiences the most violence. The fact that his cell has nothing to regulate its temperature makes it a prisoner’s personal hell: roasting in the summer and freezing in the winter. He gets pussy boils on his face and in his pubic hair due to the lack of hygiene. The substandard kimchi-based diet and dirty water also take their toll on his body.

“Diarrhea was common,” he writes, “intermittently over the final year of my term, I suffered weeklong bouts of parasitic pains. I was pretty sure my hair was falling out.”

Perhaps because there are such long stretches of inactivity in the jail, and perhaps because he becomes used to what can only be described as the polite manner in which most of the guards seem to treat the foreign prisoners, Thomas often becomes most angry over minor incidents. He writes, “...after having been in Taejon about two months, I snapped. It was a haircut, of all things, that set me off.” He proceeds to describe the fit he throws after not getting the haircut he asked for from a fellow prisoner. He is later scolded by an inmate he respects, but the reader still gets a inkling of an almost childish sense of self-entitlement that seeps out between the lines, the faint echoes of Thomas’s soft, suburban-American upbringing.

The book is ultimately his journey into himself, however, and these episodes become less frequent as he “comes of age,” as the title suggests. It is clear that the prison term had the intended effect on Thomas; he learned from it, and made himself a better person as a result.

On the phone from New York, with sufficient time and space between his current self and the experience, a nostalgic tone crept into his voice when he spoke of his time in Korean jails.

“The Confucianism made the prison system ordered enough for me to make it a spiritual experience,” he said.

He now makes his living as a freelance writer in New York. The book is his first. He would like to go back to Korea one day (he learned how to speak Korean in jail) but he is not sure if he would be permitted.

On a whim, he once wandered around in the Korean Consulate in New York, feeling the imposing force of “Korean officialdom” around him.

“I still go town to Korea town in New York and eat Korean food,” he said. “I guess the real test [of whether I am allowed to return] would be to try and get a visa, and see if the application is successful.”