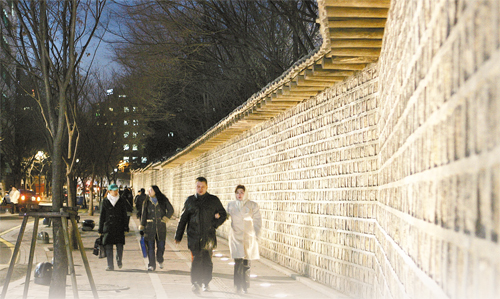 Running through the heart of Jeong-dong is Doldam-gil, or Stonewall Street, a popular pathway for courting couples and families on weekends. By Kang Uk-hyun

Hundreds of hanok, Korean houses, were pulled down to allow the imperial powers of the late 19th century?to erect their baronial buildings, she points out.
“Jeong-dong is a lovely place to walk, but there’s more to the neighborhood than just attractive buildings,” she says.