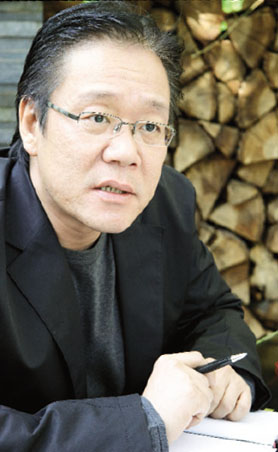 If Seo Tae-ji caused a music sensation with hiphop in the 1990s, Lee Young-hoon is credited for opening a new age for pop ballads in Korea in the 1980s.
Songwriter Lee passed away on Feb. 14 this year. His death on Valentine’s Day was a poignant coincidence considering he penned so many romantic ballads.
Lee caused a sensation in the Korean music industry in 1985 after collaborating with pop singer Lee Moon-se.
The two worked together ― Lee Young-hoon as the composer and Lee Moon-se as the singer ― for more than 13 years. They were known simply as Lee and Lee and became the leading exponents of the Korean ballad with five hit albums to their names.
Before this partnership, trot and folk music dominated mainstream Korean music. Music videos were virtually unheard of and fans of Western pop music scoured the radio waves to hear their favorite bands. But teenagers craved something new, and that’s when the two Lees came along.
The composer contributed six songs to Lee Moon-se’s third album, which was released in 1985. Those tracks included the ever-popular “I Don’t Know Yet,” “A Whistle” and “A Girl.” The album was a huge success and quickly rose up the charts, making a star out of the singer.
“[Lee Young-hoon’s] music was very different to the kind of Korean pop that was on the charts before,” said Lim In-gun, a jazz pianist and a professor in Paekche Institute of the Arts. “The music strongly connected to the younger generation. Lee put down new musical roots for Korea.”
Lee the composer was a prolific writer. Even in the hospital when he lay dying from advanced cancer of the colon, he continued to work on his musical, “The Angel of Seoul.” The show is based on one of his hit songs, “Gwanghwamun Love Song.”
Sadly, the composer passed away before the musical was staged, but there are plans to perform the musical in the near future.
“Lee was a huge influence in the music industry during the 1980s,” said Cho Ka-hyun, a professor at the department of music at Kwandong University. “Not many composers were recognized for writing songs back then. Lee was one of the first composers to get appreciated purely for his craftsmanship as a writer rather than as a popular singer.”
Cho said the Korean public was captivated by the writer’s efforts to put together a new melodic style and different kinds of chord sequences.”
Many fans showed up at Lee’s funeral, visibly grieving, and Lee’s official Web site was inundated with messages of condolence.
“[Lee’s death] is a big loss to the Korean music industry,” wrote Cho Kyoung-won on the Web site.
“Lee set a new trend in music that was loved by the Korean public for more than two decades. He not only created beautiful songs, he also left us beautiful memories related to each song,” Cho added.