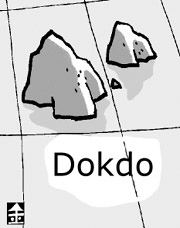 The number of Australian soldiers who sacrificed their lives during the Second World War exceeded 23,400, which is less than 10 percent of the total number of U.S. soldiers who fought and died during the war and just 1 percent of the overall death toll on Chinese soldiers. But Australia was most strict in dealing with Japanese war crimes, in contrast to the Tokyo War Crimes Tribunal, which was relatively soft by comparison. War criminals were severely punished for a range of 35 criminal actions that included cannibalism and corpse-cutting.

The whole world finally learned of the brutal reality of Japan’s crimes against humanity. A scrap of a photograph was a pivotal piece of evidence: It showed Japanese soldiers in New Guinea, which was occupied by Japan, decapitating war prisoners. The Australian government identified one of the beheaded victims as Leonard Siffleet, a senior sergeant in the Australian army. Japan was unable to give any excuses before the clear evidence.

In contrast, Japanese war criminals continued to plead not guilty to a series of war crimes at the Tokyo war crime tribunal. The Nanjing Massacre of 1938 is a prime example. An American surgeon named Robert Wilson wrote in his diary, “Dantes’ hell is brought to reality by blood and rape.” The war crimes tribunal recognized in a written judgment that more than 200,000 died during the Nanjing Massacre. However, war criminals kept insisting to the last, “A tragic accident happened, as we had confused between [Chiang Kai-shek’s] guerillas without uniform and civilians.” Later, extreme Japanese conservatives believed them, until a photo album of Japanese soldier Murase Moriyas, “My War Diary, Chinese War Front” turned up. He had taken photos of the brutal massacres and added vivid descriptions.

Without doubt the thorny issue of Dokdo Islets will last longer than expected. Until clear evidence is found, Japan will keep insisting its stance. The best solution is for Korea to review all possible measures to further reinforce effective control over Dokdo and carefully collect evidence.

The question is Korea’s diplomats. They had no idea that the U.S. Board on Geographic Names changed the name of Dokdo to Liancourt Rocks and were describing it as an area of unsettled sovereignty. It is impossible for such a clueless diplomatic team to beat Japan.

In contrast, Japan has concentrated all its energies on collecting diplomatic information in post-war. MacArthur’s report on Hirohito to Washington posed a serious importance to Japan. It was a case of life and death for the Japanese Royal family. Japan’s foreign ministry made a frantic search for the secret. Finally, Japan stole a glance at some confidential documents. McArthur fired the interpreter of the Japanese Emperor and deleted the expression “Your Majesty” in his New Year’s Message to the Japanese people.