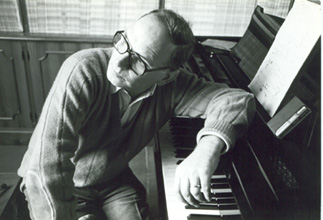 Ennio Morricone, composer of scores for more than 400 films and dramas, will be coming to Korea this month. Provided by the organizer

In Korea, his film scores are often used in TV dramas and commercials. Recently, “Gabriel’s Oboe” from The Mission was used in the recent hit drama “Beethoven Virus.”

But in fact, the 81-year-old Italian composer has written soundtracks for more than 400 films - not just these famous ones, but also lesser known ones.

This highly respected Academy Award-winning composer will be visiting Korea this month following his first concert in the country two years ago. 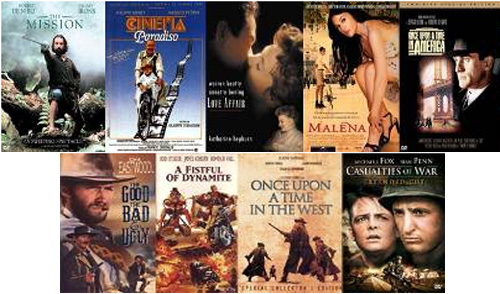 Ennio Morricone, composer of scores for more than 400 films and dramas. Provided by the organizer

The late May concert will be divided into several sections. They include “Life and Legend,” featuring music from Once Upon a Time in America; a section dedicated to the films of Sergio Leone; and “The Mission,” showcasing the soundtrack from the film.

The concert will feature the Philharmonic Orchestra of Gyor, a Hungarian orchestra with a 147-year history.

Here are some excerpts from JoongAng Daily’s e-mail interview with the composer ahead of the concert.

You have a background in a range of musical genres. How does it factor in your work in film music?

As far as I’m concerned, I still have passions about old classical music such as my maestro Goffredo Petrassi, Johann Sebastian Bach, Igor Stravinsky and a few others. These are composers I have eaten, drunk and digested and obviously they’ve gone into my system, become part of me, my flesh and blood. Surely, no one can say when I write that my music resembles that of Bach or Stravinsky, or the others I’ve mentioned. But when you eat a chicken, it’s not that the chicken’s blood becomes part of you - you just eat chicken, right? What I do is write my own style of music.


Have you ever fallen into a slump in your career, perhaps finding it difficult to write? If so, how did you overcome it?

I spend most days writing at my Rome apartment. I take a month off each summer but end up composing anyway, working for an hour or so every morning. When I do have free time my concern is: Will I ever be able to write again?

But this is normal. I don’t think that’s a slump. There is a tenor singer I knew who used to wake up every morning convinced he no longer had a voice. So I keep going because the function fuels the organ; the work creates the work.


How do you think making film music differs from making other kinds of music?

It’s just a matter of starting off with an idea and letting it get into your head. Of course when you do have the idea, you have to start writing. But by working on a piece it may happen that the initial idea that you had totally changes.

Your music has been recorded by many other artists. What did you think of them?

I didn’t like the idea of my music being recorded by other artists at first, but after I heard their performance I knew that they did their best. I liked the ones by Celine Dion and Dulce Pontes.

Lastly, any suggestions for those aspiring to succeed in theater music?

Try to keep your very own style, that’s the most important thing to do.