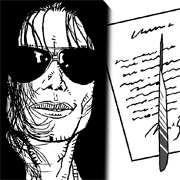 Mao Zedong was a colossal figure in the Communist movement. But his last years were spent in intolerable pain, both physically and emotionally. While suffering through poor health, he preferred to keep a distance from his wife, Jiang Qing, who was more preoccupied with her own ambition. In sickness, he refused to meet Jiang, a Shanghai actress and political activist who lived in different living quarters, saying he was pained and agonized by her relentless demands. “Have some sympathy,” he pleaded.

Jiang, however, insisted on accompanying Mao, in his sickbed, after he fell unconscious. When he was finally taken off life support on Sept. 9, 1976, she produced a piece of paper she claimed as a will from her late husband. The letter addressed to her said she was mistreated and her efforts to accomplish revolutionary pinnacle had been undermined.

Jiang maneuvered her way into the heart of the power struggle triggered by Mao’s death with the letter, demanding she be the successor to the Communist Party leadership. But accused of conspiracy and plotting to assassinate Mao, she and her “Gang of Four” were instead imprisoned. Hua Guofeng was instead named successor. He, too, had a letter, his a nod from the late leader saying the party would be safe with him.

Death often leads to bitter quarrels and disputes, especially if the dead has left a lot behind.

Although the wealthy prepare legally binding wills to prevent such after-death squabbles, seldom do they seem to work. No matter how wealth is distributed, few are left completely happy. The state of the deceased at the time of will writing is often questioned and family feuds over inheritance often stretches to a court battle.

Toward the end of his life, legendary crooner Frank Sinatra worried about the tangled family tree that had grown from his numerous marriages. He wrote a will saying he would leave the largest portion of his estate and assets to his fourth and last wife, Barbara, while leaving the rest to his children to share among them with a provision stating that whoever contests his dying wishes will be immediately disinherited. His will, however, did not stop an ugly battle among his other wives and children.

Another lengthy, bitter legal battle may be in the works over the will left by the late pop superstar Michael Jackson. The will written in 2002 names his mother Katherine Jackson the beneficiary of a family trust that manages all of his assets as well as legal guardianship of his three children. The mother of Jackson’s older two children is reportedly preparing to contest custody of her children.

How sad to think the lurid legal struggle that excruciated and exhausted the pop singer during his life may follow him to his grave and prevent him from resting in peace.