Korea's the favorite on the short track

Korea's the favorite on the short track 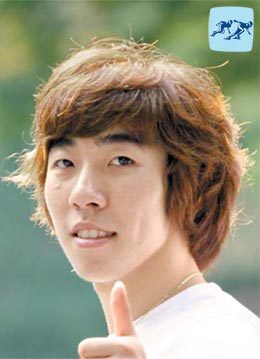 Korea's chance for success in Vancouver rests on the shoulders of the short-track speed-skating squad. Korea has won 17 gold medals in the event since it was recognized as an official Olympic sport at the 1994 Lillehammer Winter Games, and the short-track team carried the nation to tie for ninth-place finish in the final medal totals at the 2006 Turin Winter Olympics with 10 medals from short-track events including six gold medals, three silver and one bronze.

Ahn and Jin either missed or failed to qualify at the national tryouts last April due to injuries. With Ahn out of the picture, Lee Ho-suk will have the spotlight, and Sung Si-bak will have a shot at glory in Vancouver. In Turin, Lee placed second in the 1,000- and 1,500-meter events and was also part of the first-place men's 5,000-meter relay team, and Sung is considered a rising star.

With Jin out of the picture, the women's team is considered a notch below China this year. Korea's Cho Ha-ri and Lee Eun-byul are expected to challenge Meng Wang, Zhao Nannan and Yang Zhou of China in the medal rounds.

"The Chinese team is currently the favorites and we must find a way to beat them," said vice president of the Korea Skating Union, You Tae-ouk.

Korea has a solid shot at the top of the podium in the 500-, 1,000-, 1,500-meter and relay events. Replacing Ahn as the team ace will be Lee, who played second fiddle to the three-time gold medalist in Turin. Lee lost to Ahn in the 1,000- and 1,500- meter events in 2006; this year, he's the favorite to place first in both. Having won gold in the same events at the International Skating Union World Cup in September, Lee is on pace to achieve Olympic gold. In the women's events, Cho and Lee are ranked in the world's top five in the 1,000- and 1,500-meter events.