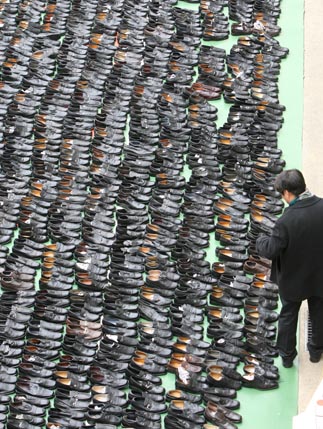 A man yesterday hunts for his pair of luxury shoes among many stolen by a thief who preyed on large funeral halls. A man surnamed Park was arrested by investigators from Suseo Police Precinct in southern Seoul on charges of stealing the shoes from funeral halls, where many people take off their shoes to pay their respect. The shoes were found in Park’s storage. [YONHAP]