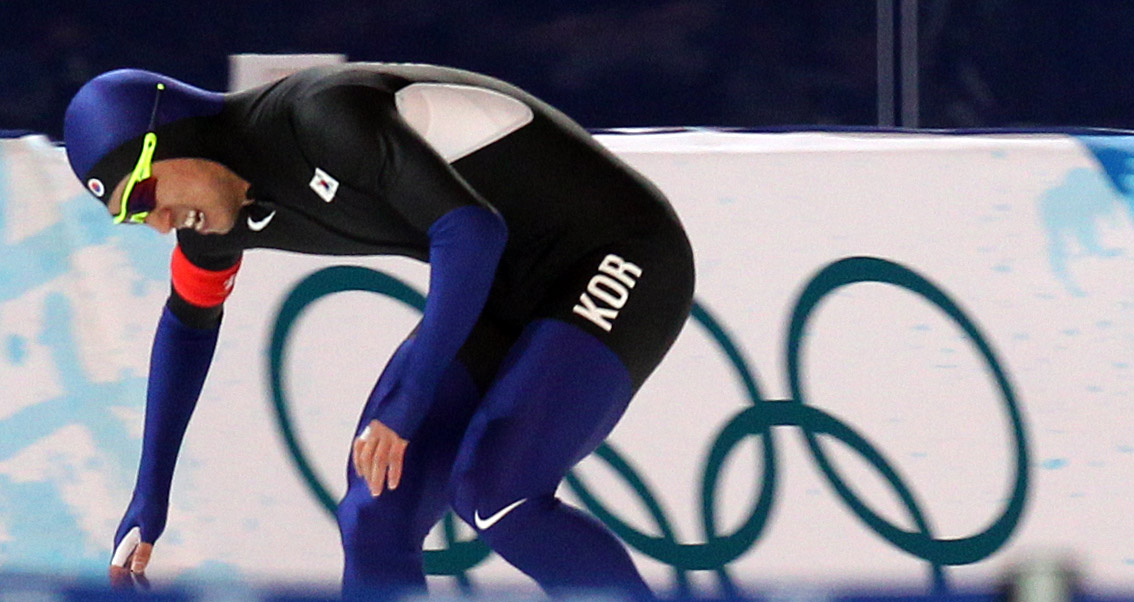 VANCOUVER - It wasn’t the ending everyone had hoped for, but the most recognized Korean male speed skater limped to a ninth-place finish in his final event of the Vancouver Winter Games.

Lee Kyou-hyuk lay on his back panting after the end of his 1,000-meter race, and didn’t budge for a while. The 32-year-old was spent after giving his all, without realizing his goal of earning his first Olympic medal.

In an act of good sportsmanship, Lee congratulated his teammate Mo Tae-bum on taking the silver in the race and gave him a hug.

The veteran skater had decided not to compete in the team relay, and had stated prior to the start of the Olympics that these Winter Games could be his last. He entered the Games as the favorite to win the 500-meter event but finished 15th overall, and that loss and yesterday’s mean the five-time Olympian may leave the Games without ever standing on the winners’ podium.

“Lee Kyou-hyuk played a pivotal role in changing our national speed skating team for the better. Because Lee Kyou-hyuk was on the national team over the years, we were able to produce a skater like Lee Kang-seok and younger skaters like Mo Tae-bum and Lee Sang-hwa,” said head coach Kim Kwan-kyu in an interview with the JoongAng Ilbo.